Last Saturday, Beloved and I discovered that The Great British Take Out is no longer at its usual spot in SM North EDSA’s Sky Garden. A quaint hot dog place took its place. It was called Hapadog, and they specialize in dogs—not the animal, but the sausage sandwich. Apparently, their hotdogs were Japanese of some sort as the store itself had the tagline “original Japanese-style hotdogs”. Because the tables were in the open, we curiously watched as a customer ordered something that required lighter lighting. Thus, we opted to try it out.

The menu presented us with a catalogue of hotdogs. We were quite shocked at the prices; their cheapest hotdog, the Hapadog, was priced at 155 Php for an entire dog. You can order half a dog for 5 Php less than half a price. I didn’t opt to do so because it was my first meal for the day. Instead, I ordered that in full. Beloved ordered their Californippon priced at 175 Php. Finally, we also got their Yoko Ono Temple, one of their drinks, at 65 Php, hoping it was the thing that required lighting their previous customer had. 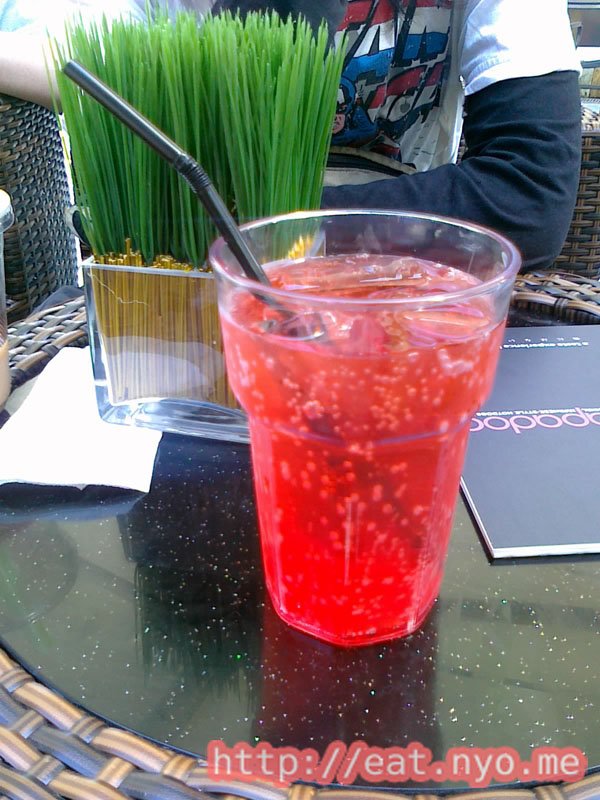 We were disappointed to find out that their Yoko Ono Temple was basically a red-colored soda and not the thing that required lighter lighting the other table ordered. Moving on. 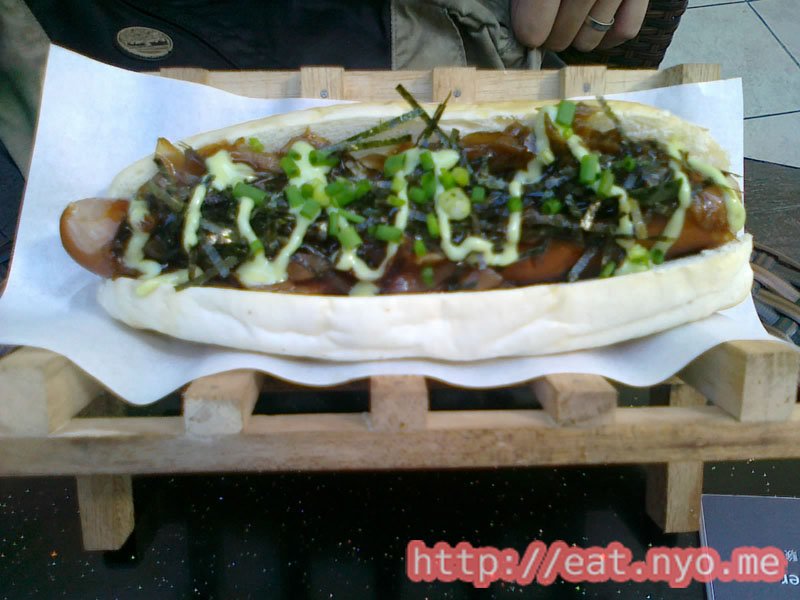 We were sort of not disappointed to find out that their hotdogs were of very Japan-is-superior quality served in a Japanese kind of way. The hotdog itself was chunky, meaty, had a distinctly natural flavor, and actually pretty hefty despite its regular hotdog size. In addition to the hotdog, its toppings were similarly different from the usual. The Hapadog, for instance, had caramelized onions, wasabi mayo (can be Japanese mayo), hapa sauce, nori strips, and chopped spring onions. Indeed, each bite felt like eating hotdog with a sweet Japanese sauce. 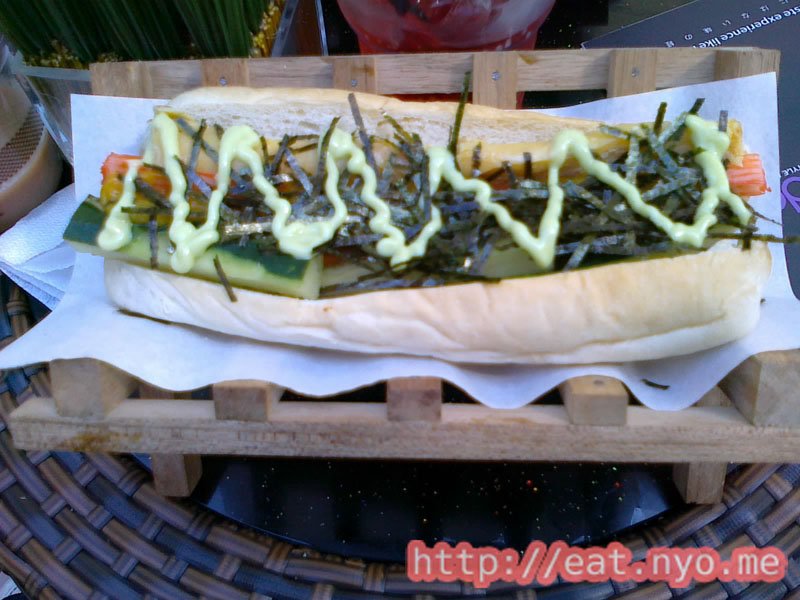 Beloved’s Californippon arrived in the same wooden container. Its contents, aside from the dog, nori strips, mayo, and bun, were different, though. This one had mangos, cucumber, egg, kani, prawn bits—similar ingredients to what you’ll find in a California roll. As expected, it carried the same flavor of the said sushi roll, except this one had the chunky hotdog in it. 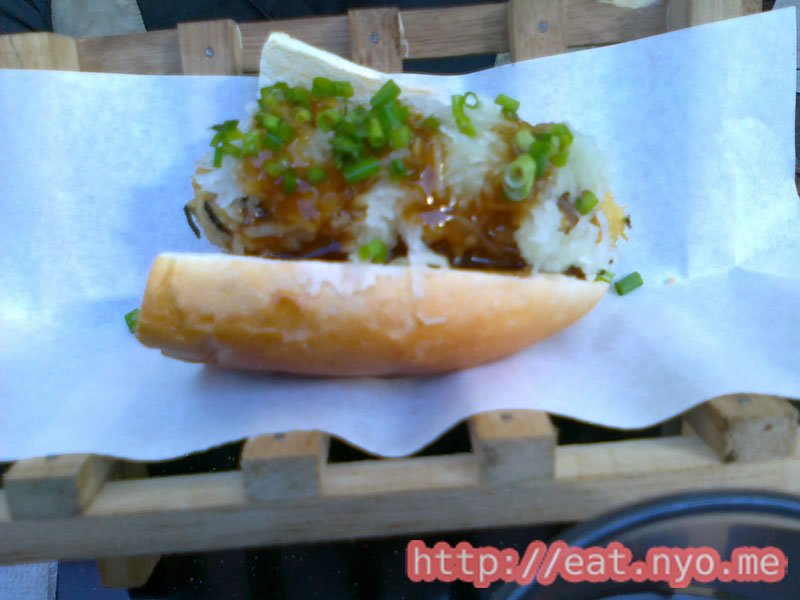 One of our friends arrived while we were waiting our orders, and he ordered one, er… half for himself. He got half of their Temp-tation dog (85 Php). He jokingly complained how there wasn’t a tempura deep-fried hotdog that tasted like tempura anywhere. He actually got what he said. This one was, in two words, tempura hotdog. The hotdog was fried tempura-style and the sauce and relishes that accompanied it made it taste and feel like tempura.

Were we satisfied? Yes. However, I must compare this place to Johnny Rockets. This is basically the hotdog version for that place. This serves specialty hotdogs at somewhat outrageous prices. However, unlike burger places, there is certainly a niche to fill by specialty hotdog sandwich. This is perhaps the first one I’ve encountered that isn’t the usual grilled dogs with ketchup, mustard, or mayo, the most exotic perhaps being those wrapped in bacon and garnished with pickled relish. Of course, with superior Japanese quality comes superior prices, so expect to pay more. In the end, I’ll give Hapadog a thumbs up, with a similar reason as I gave Johnny Rockets. I’ll give it two if not for their prices.

Recommended for: Japanese flavor lovers looking for something different.