Me, Beloved, and a couple of her friends ate at Cow Wow more than a month ago. Yes, it’s that long ago because my past couple of weeks were taken up by my Sendai/Japan Food Odyssey. Since it’s rare for them to pass by their alma mater, they wanted to go to Santorini—perhaps their favorite place during their college days. Unfortunately, it’s full with a queue, so we opted for this place instead, which, according to them, was also a place they used to eat at.

Cow Wow serves various sausages. Its full name is actually “Cow Wow Sausage Haus”. Most of the seats are in the open air with just a shack in case of rain. I’m sure its primary demographic, budget students, wouldn’t mind, especially since their prices seems quite fair. You can have their sausages with buns or rice or on their own, and you can have eggs among other sides as well. Variety-wise, there’s actually quite a lot here, from German, to Hungarian, to Polish, and Beef bangers, all priced the same and just varying whether you’ll have rice/buns and/or sides. 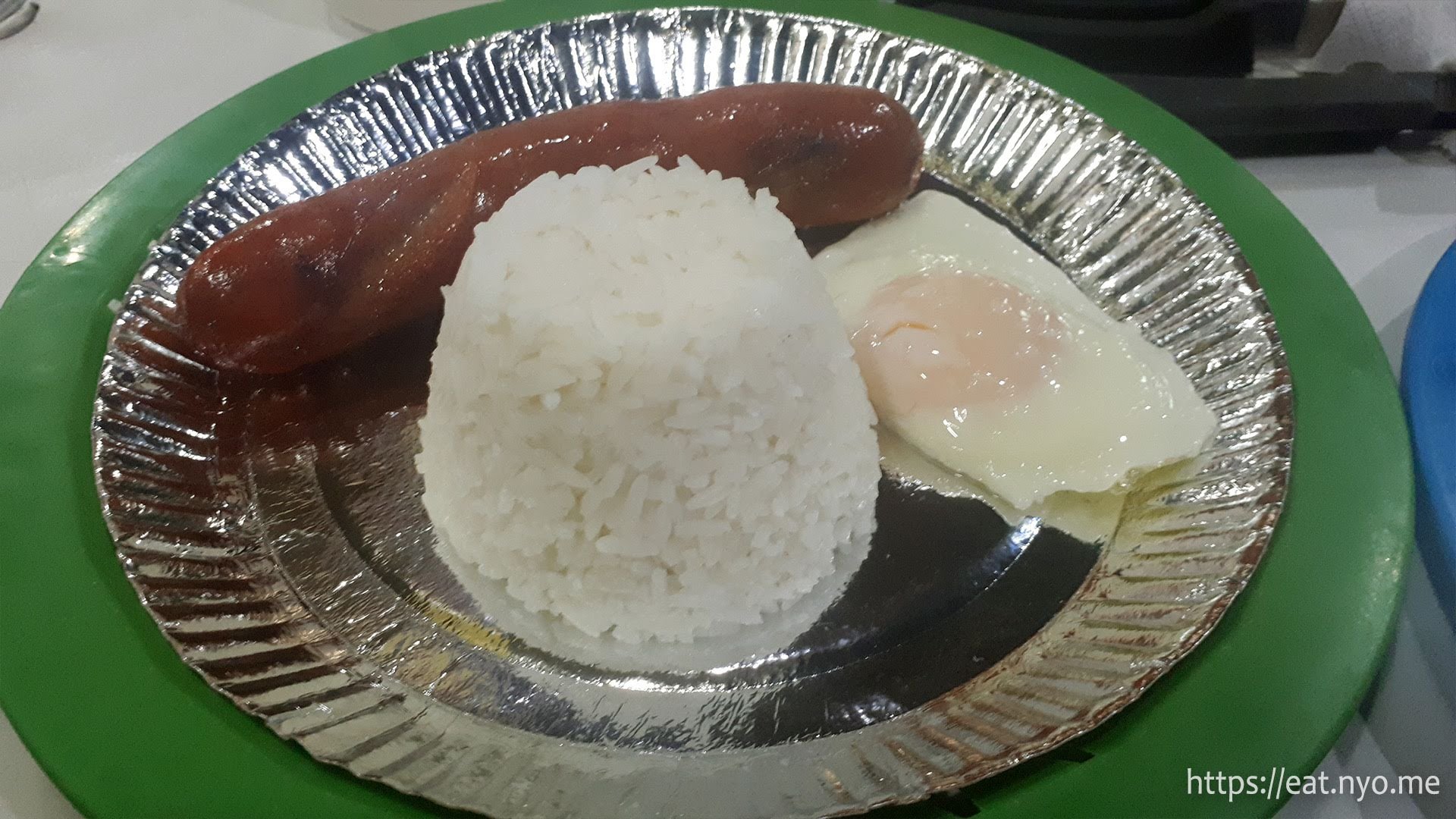 I’m aware that Schüblig Sausage should be a smoky sausage, which was why I got it. Beloved only got it because it’s fun to pronounce. It’s actually quite big, especially for 80 Php, and can pretty much rival three longganisas in size which usually costs 25 Php in your local turo-turo. The sausage itself was just a touch spicy and actually quite juicy. The taste can be easily adjusted by the condiments; ketchup, mayonnaise, and mustard; available on each table. 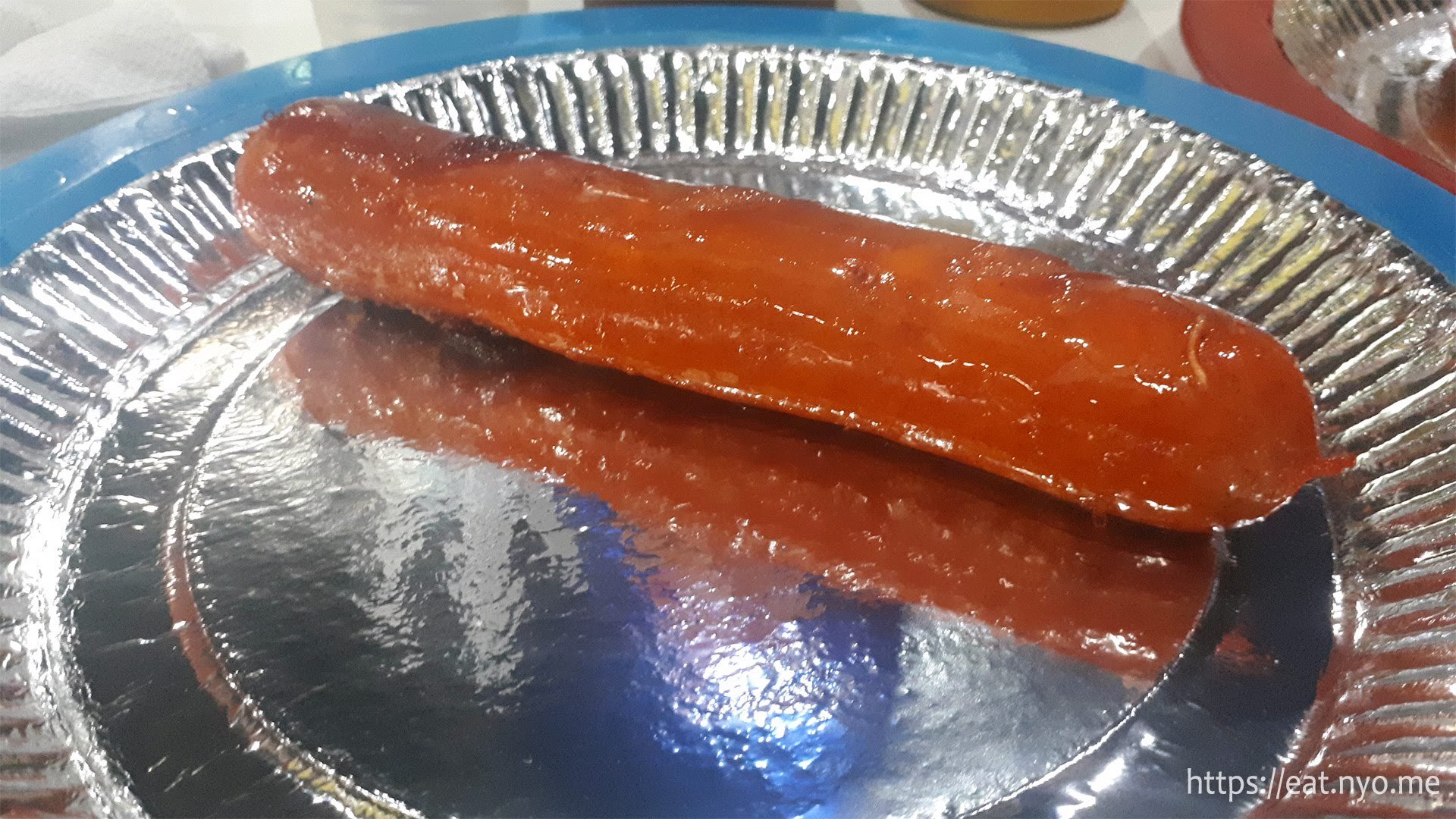 Their German Sausage was slightly longer than the Schüblig, but slightly thinner. Taste-wise, it’s not that much on the smoky side as it is much more beefier. I personally like the stouter Schüblig, but it’s nothing that the condiments can’t fix. 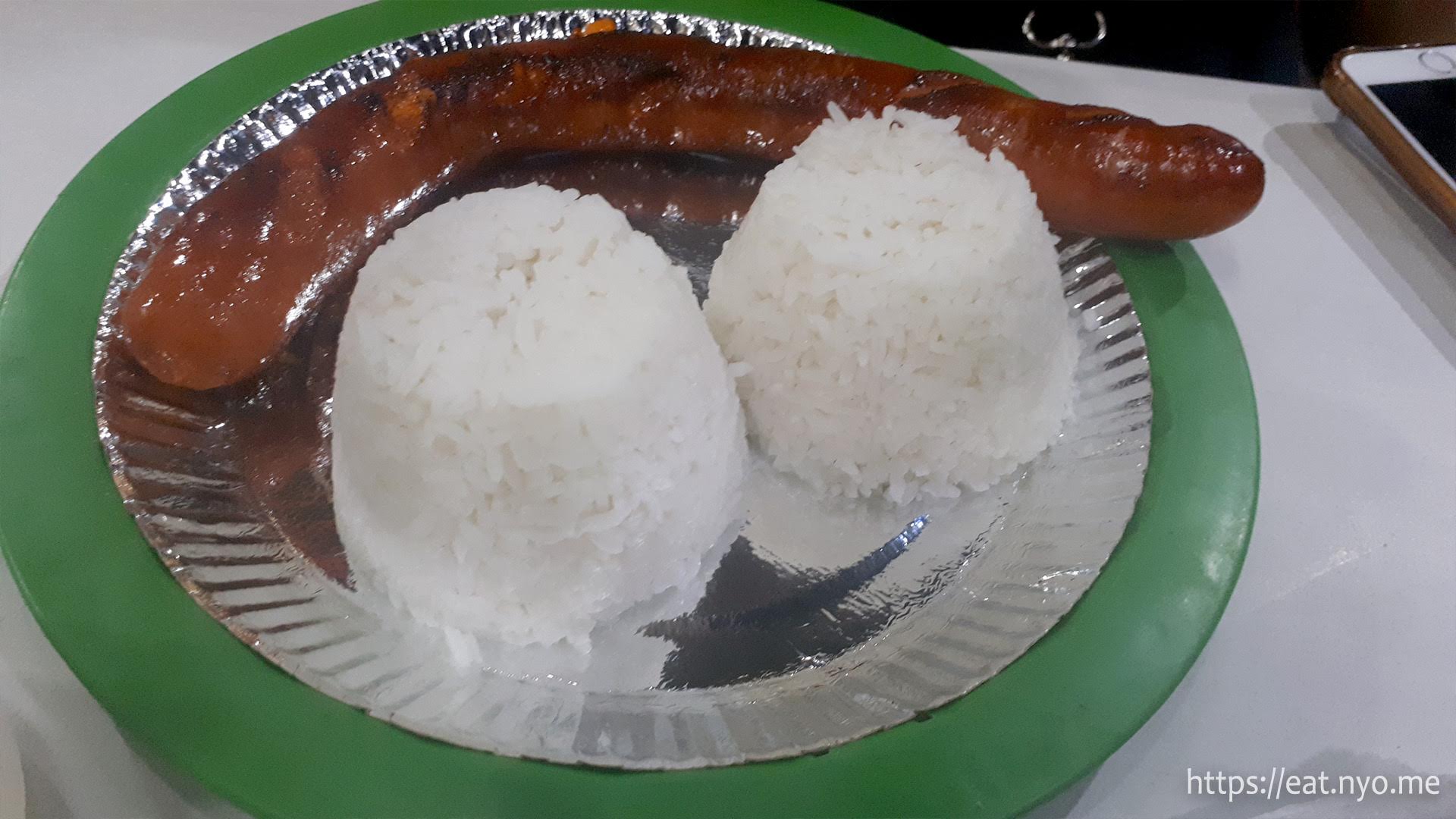 The Goliath Sausage Meal was a hilariously long sausage that exceeds the length of the plate. It also came with two cups of rice. The only reason why I didn’t get this was because I was sure I won’t be able to down the rice, which Ivy was easily able to do. In retrospect, I still should’ve ordered this and just had Beloved order her sausage ala-carte. Honestly, this would’ve made a better thumbnail for this post, but I didn’t want to spoil it for my readers.

After experiencing it, I understand why this place remains a mainstay in P. Noval, near UST area. It’s got good prices on its good sausages. I’m sure the main market in the area, UST students, will find the price fair and will have a hankering for big, juicy sausages from time-to-time. But even for non-“locals” like myself, if you enjoy sausages, Cow Wow is definitely worth a try.

Not recommended for: Vegetarians; Sausage haters.

Smart nomnomnom tip: Get the Goliath, share the rice, then get more of their other sausages if necessary.