After dinner, beloved and I went to Yoh-gürt Froz. Yes, this is another yogurt store. Yes, I still don’t know why beloved forces herself to eat yogurt. Yes, this still has color motif that’s different from the other yogurt places we’ve tried before (this one’s blue). That aside, this is found across McDonalds on the side where we wait for a ride to come home. This happened to be open even though it was pretty late. Peeking through their window, we thought their prices was pretty cheap for yogurt, so we decided to try it out.

We soon found out that their plain yogurt was priced similarly to other frozen yogurt places. What we thought was cheap was their flavored ones, which I would guess are similar to ice cream. Even though the latter was what made us enter, beloved ordered a regular Classic Froyo (80 Php). Yes, Froyo means Frozen Yogurt. They also provide toppings as most frozen yogurt stores do. However, this one forces you to pick three priced at 40 Php. Because beloved needs to have granola, we had to add some. Our other two were butterscotch and coffee jelly, which I though beloved would like. 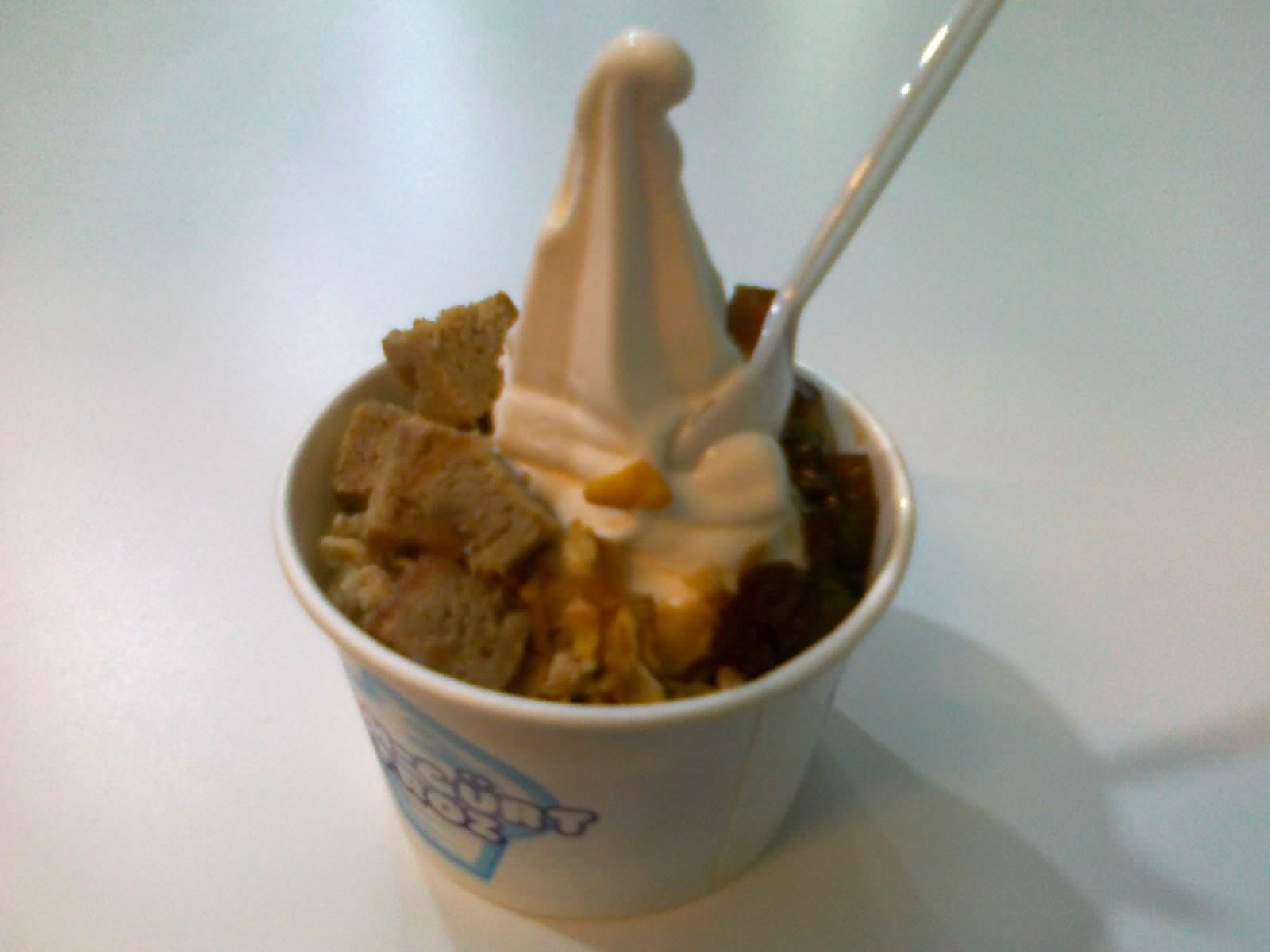 Serving-wise, their regular cup is similar to the others we’ve tried before. Surprisingly, the yogurt here isn’t as sour as any of the yogurt places we’ve tried before. This one had a very mild sourness that seems to linger in the background. This made the yogurt quite tolerable for beloved. I was also correct that she loved the butterscotch toppings. I was wrong about the coffee jelly, though. I thought these two were equally good, and tasted how they’re supposed to taste. I was a bit disappointed about the texture of the butterscotch, though, which I expected to be crunchier and chewier, but was soft and not as chewy as I would’ve wanted to be. As for the granola, well, I don’t really think granola’s tasty, but it does provide the crunch.

Next to Qoola, I believe this is beloved’s second favorite yogurt place. This still doesn’t change my stance on yogurt being an overpriced dessert. But for those who want a supposedly healthy dessert but can’t stand the sourness of most yogurts, this is, so far, the best place to go. I’d call this place yogurt for newbies, and I don’t mean that in a bad way. Their flavored yogurt doesn’t sound or look bad as well, and might be worth a try some other time.

Not recommended for: Those who can’t stand even a hint of sourness in their dessert.

Smart nomnomnom tip: The toppings on the left (fruits) are probably healthier than those on the other side.