A couple of days ago, beloved and I went to Serenitea. Beloved has been wanting to go here ever since she heard of it since she learned from a friend that they serve milk tea and she being an aficionado of the said drink. The store was located at one of the junction roads from the McDonald’s side of Banawe Street. Anyway, the opportunity to pass by here came a couple of days ago. It was a hidden store amongst car maintenance services, but the green sign somewhat makes it stand out from the crowd.

Inside was a pleasant atmosphere (free Wifi, yay!) and half a wall filled with different choices of tea. They had the usual green, black, but most of their menu were uncommon stuff such as uncommon fruits, unknown Japanese additives, Chinese ingredients, and Yakult, mixed with these usuals. Being a big fan of Yakult, I decided to order their Yakult Green Tea (90 Php) out of curiosity. Their drinks came with a free topping of your choice: pearls and lime jelly among others; I added lime jelly to mine. In addition, you get to choose the amount of sugar mixed with your tea: from 100%, apparently the sweetest, to 0%, obviously the healthiest. I went 50%. Beloved, aside from being a huge tea fan, is also a huge wintermelon fan that she was hugely disappointed when Bubble Tea took it out of their menu. There were three choices for her wintermelon craving, and she decided to go for their Wintermelon Sweet (70 Php), my guess would probably be a 100% sugarized black tea mixed with wintermelon. They didn’t have much choices from their foodstuffs, so we just went for a couple of orders of their Fish and Fries (95 Php) because we were hungry. 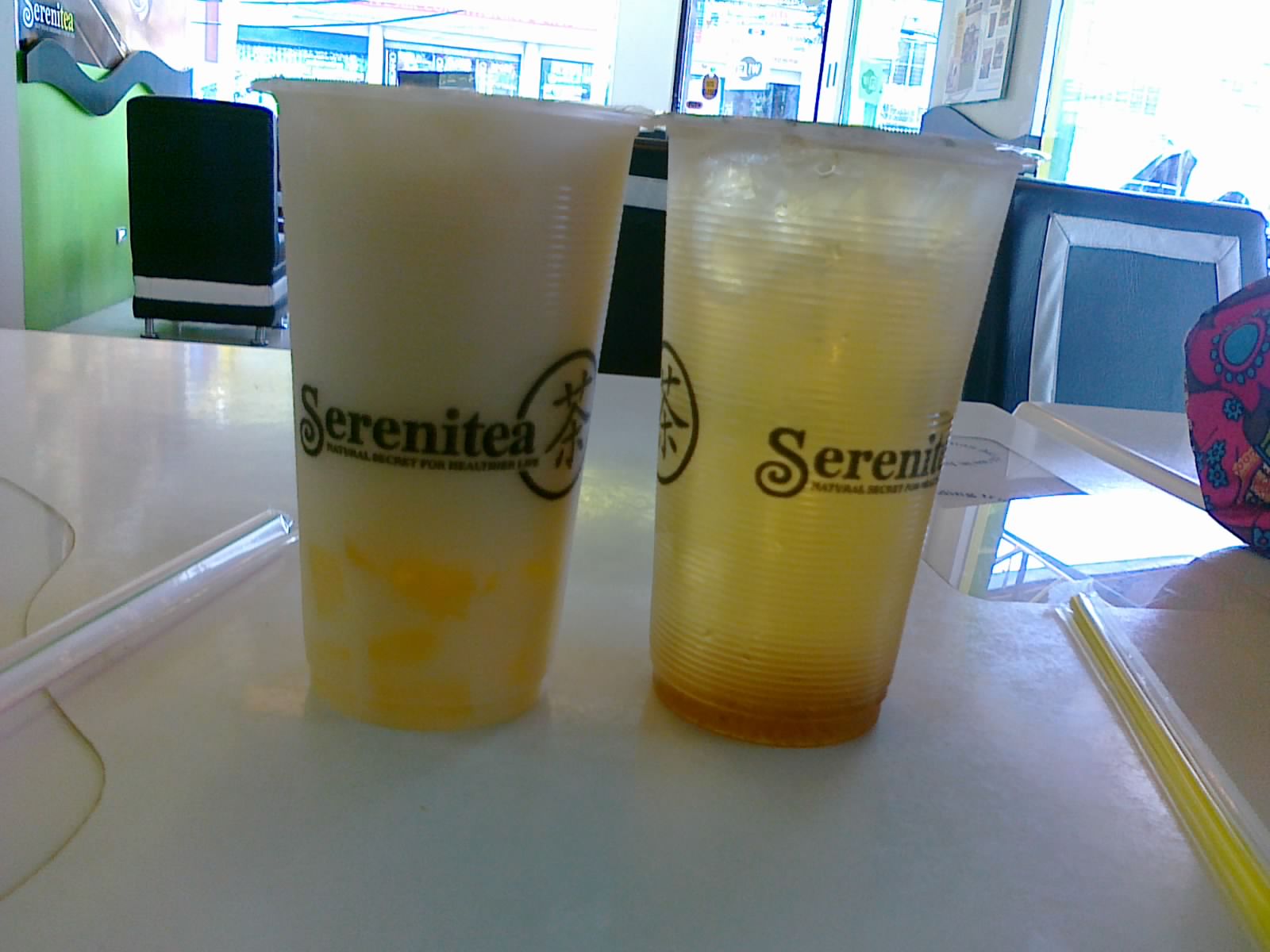 Our drinks came after a while. They were served in a pretty tall cup, covered in plastic, similar to what you get in Quickly or Zagu. Mine was… weird at best. It tasted like watered-down Yakult and I can hardly taste the green tea. I can’t really say if it’s a good thing or a bad thing, since I really do like Yakult and it did a good job quenching my thirst. Beloved’s tasted like the gulaman you get from the sidewalk siomai vendors, except a bit less sugar-sweet and a bit more fruity-sweet. Since I don’t really know how wintermelon tastes like, I trust beloved that the drink really did taste like one. 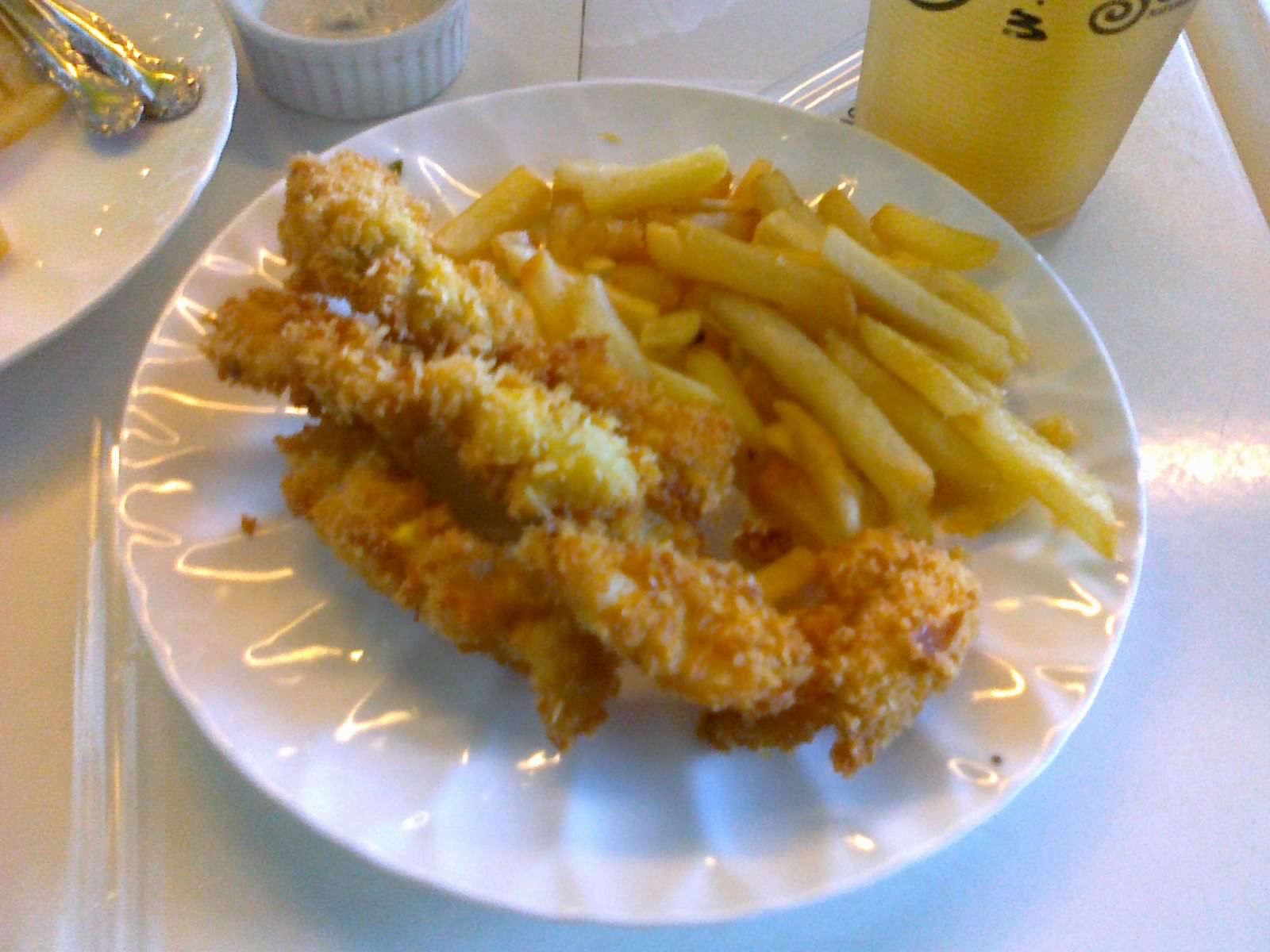 As for the Fish and Fries, they were decent at best. The servings were decent, the fries were pretty much grocery-bought fries with the delicious skins off fried the usual way one would fry… er… fries, and the fish tasted like… fish. I can’t really tell what kind of fish they used, but it really did taste like fish, and I give props for it not tasting too floury or too battery.

Verdict? Well, this is pretty much a fancy version of Quickly/Zagu with a weird menu. This is a good place to hang out in especially if you can use their free Wifi services. Their huge amount of teas to try out would probably last you a years worth of tea if you want to try them all out and are willing to go here at least once a week. And with such a huge selection, you’re probably bound to like at least one of them. If you do find that one tea you truly enjoy, I suggest you stick to it, and just taste from your company who have ordered a different to try out—some of them you are also bound not to like. Oh, and if you’re starving, stay away from this store. Treat it like a coffee shop that specializes in tea.

Not recommended for: Starving passersby.

Smart nomnomnom tip: The password is “hokkaido” (probably bound to change, but you can ask for free).