Because we weren’t able to eat dessert at Seoul Garden, we went to The White Hat. Well, it was beloved who said that she wanted dessert. For some reason, she insisted on having yogurt even though her last experience in fyi wasn’t a good one. Maybe she’s still clinging on the hopes that this one will somehow taste like Qoola. Yet, even though I say that almost all yogurt should taste sour, and even though she hates such sourness, she still insists that she wants one. I give in. Because this was the closest one, we went here.

It was pretty much similar to Red Mango and fyi, only this time, it’s all white. And, yes, you can actually order a white hat and have them put your yogurt there. Beloved didn’t order one, though, and just stuck with the plain regular-sized yogurt priced at 85 Php. They also have a decent selection of toppings ranging from chocolates to fruits to nuts priced depending on amount. It was 20 Php for one, 35 Php for two, and 45 Php for three. Beloved, as usual, put just granola on hers. 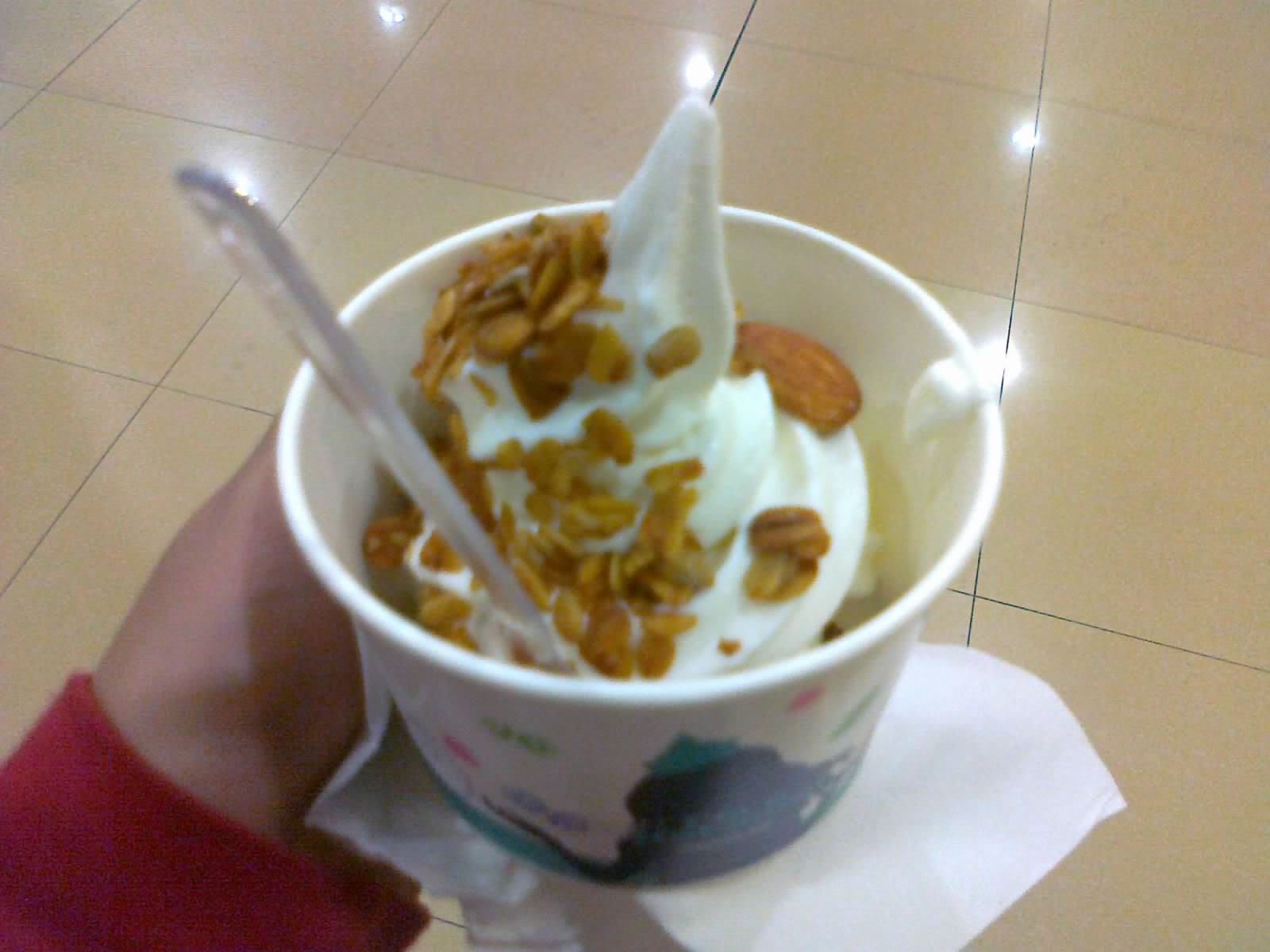 Serving-wise, it was advertised at 4 ounces. This was a bit less than the one at fyi, but maybe equal to the amount they serve at Red Mango. Taste wise, what else is there to expect? This is pure sour frozen yogurt. It’s heck sour. But, and this is a huge but, I personally though that the sourness of this one goes away much quicker than our previous yogurt tries. Although this one is much sour than fyi, maybe even more sour than Red Mango, the sourness melts just as fast as the yogurt melts in your mouth. As usual, beloved didn’t like the sourness, but loved the granola. Luckily, there’s less yogurt this time for her to down.

As for me, I still think yogurt is an overpriced dessert that tastes marginally the same no matter what color you plaster with its gimmick when served vanilla (the metaphor, not the flavor). This one, especially, seeing its amount. But if the positive health effects yogurt can give are true, then maybe it’s worth the price for some.

Not worth the price

Not recommended for: Yogurt or sour flavor haters.

Smart nomnomnom tip: Order a larger cup with plenty of toppings and share with your loved ones.