Beloved and I had our first 2012 food adventure at Trinoma’s Banana Leaf. I’ve actually eaten at this Thai-Malay restaurant before with a couple of friends, but didn’t manage to chronicle that particular time. And since that was a pretty decent experience, we weren’t afraid of trying it out, despite knowing little of Thai cuisine. Anyway, this place is sort of special for a couple of things. First, each order is good for two to three people, making this a family-friendly restaurant. Second, their plates are substituted with banana leaves, hence the name, and further making sharing a must. While there were only two of us, we decided that Beloved takes home any leftovers that we expected to have.

I loved what I ordered the last time, so we made sure to get it—their Phad Thai - Banana Leaf Style (188 Php). I also wanted to order the flat bread we had the last time, but I forgot what it’s called. And since Beloved found an item that looked very appetizing in the picture, we decided to go for that instead: their Deep Fried Cod Fish with Malayan Seafood Curry (388 Php). We also got their Royal Thai Style Deep Fried Beancurd with Crabmeat (168 Php) because it sounded good to me. Finally, for our drinks, Beloved had their Iced Hong Kong Milk Tea (68 Php) and I ordered their Thai Iced Tea (68 Php), because I know that Beloved would like to be able to taste different kinds of milk tea, especially after our adventure at Sentosa. The servers were a bit surprised we didn’t order rice, but I was certain we would have leftovers from what we already ordered. 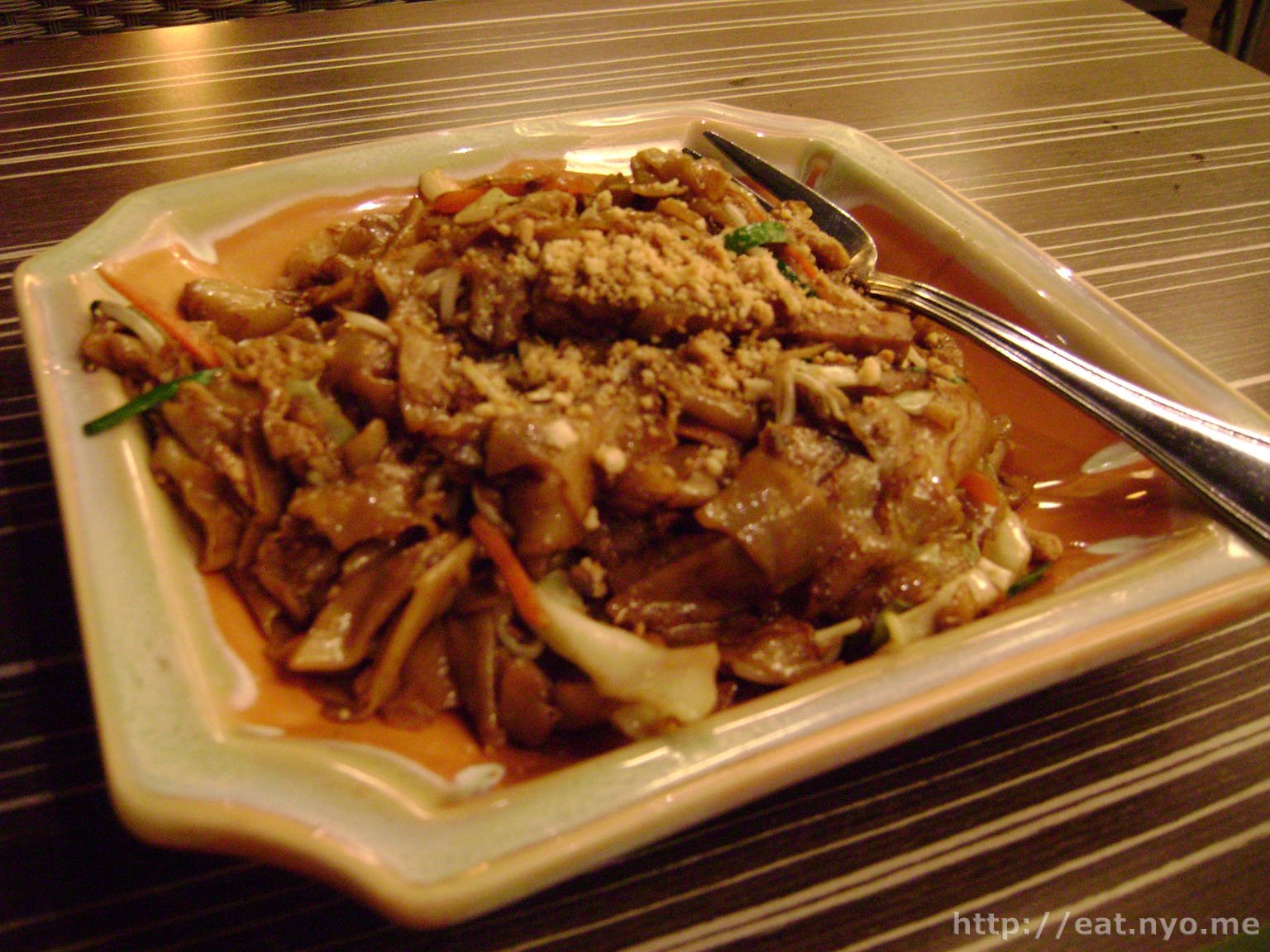 Sorry for the spoilers, but their Phad Thai - Banana Leaf Style was easily the best dish for the night. I’ll admit that when I first saw this, I thought it was pretty unappetizing, especially with the dab color. It looked nothing like the colorful Pad Thai I’m used to. However, its taste was inversely proportional to its color. It was a very delicious plate. It had crunchy nuts and veggies against soft tofu, egg, and noodles. But what really stands out is the flavor: a unique balance of all tastes the tongue can sense. It was very delicious, making it a pretty addictive dish that can easily serve three. 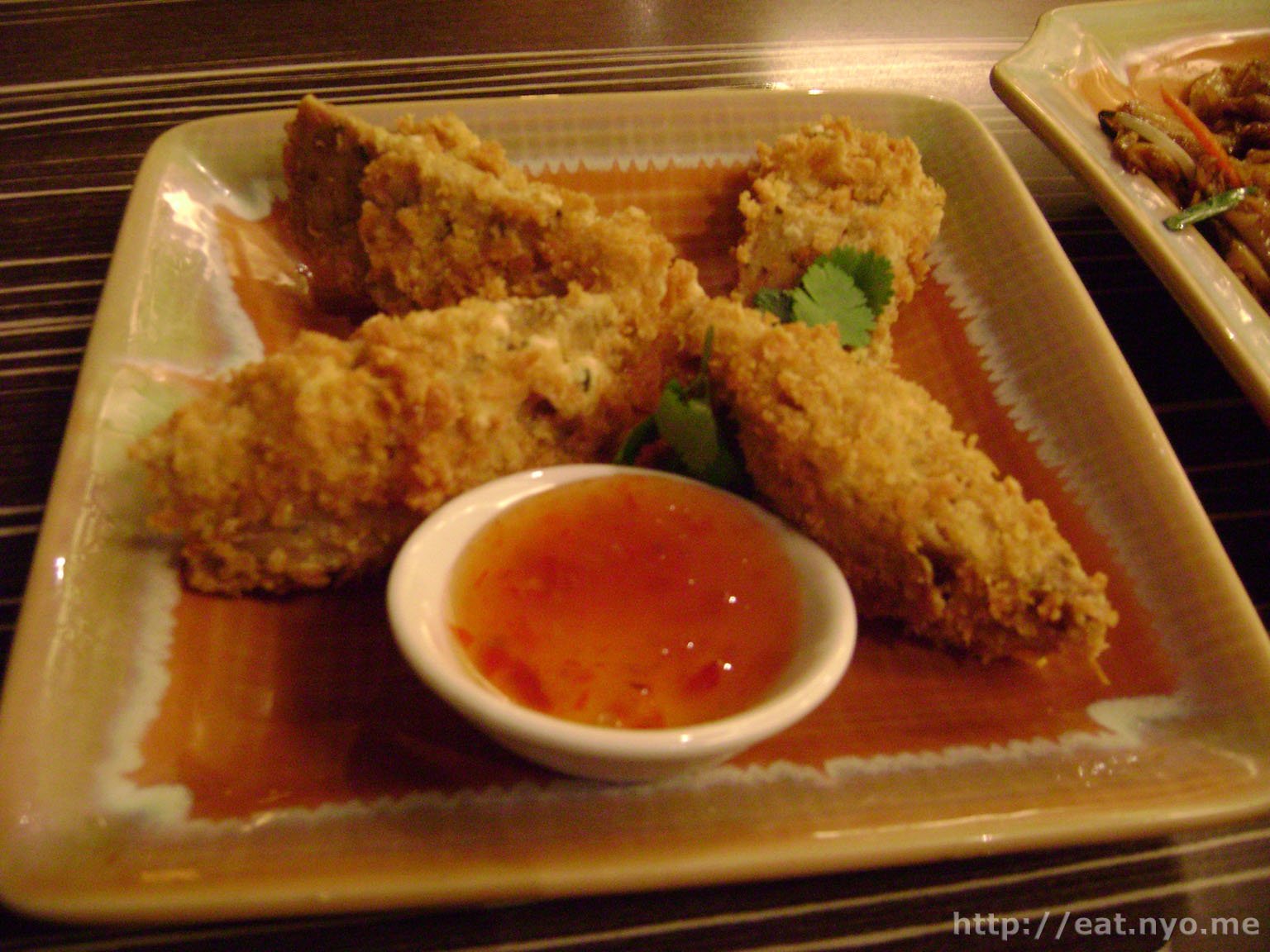 Since I’ve practically spoiled the first one, I’ll do the same with the next. Our Royal Thai Style Deep Fried Beancurd with Crabmeat was the worst dish we ordered. But it wasn’t bad. It was basically stuffed tofu, deep-fried to crispiness. While I admit to liking the crispy, the flavor was too tofu-y and not as crabby as I would’ve liked, and the chili sauce is practically required. Still, as I’ve said earlier, it’s not bad, just nowhere as good as our first plate. 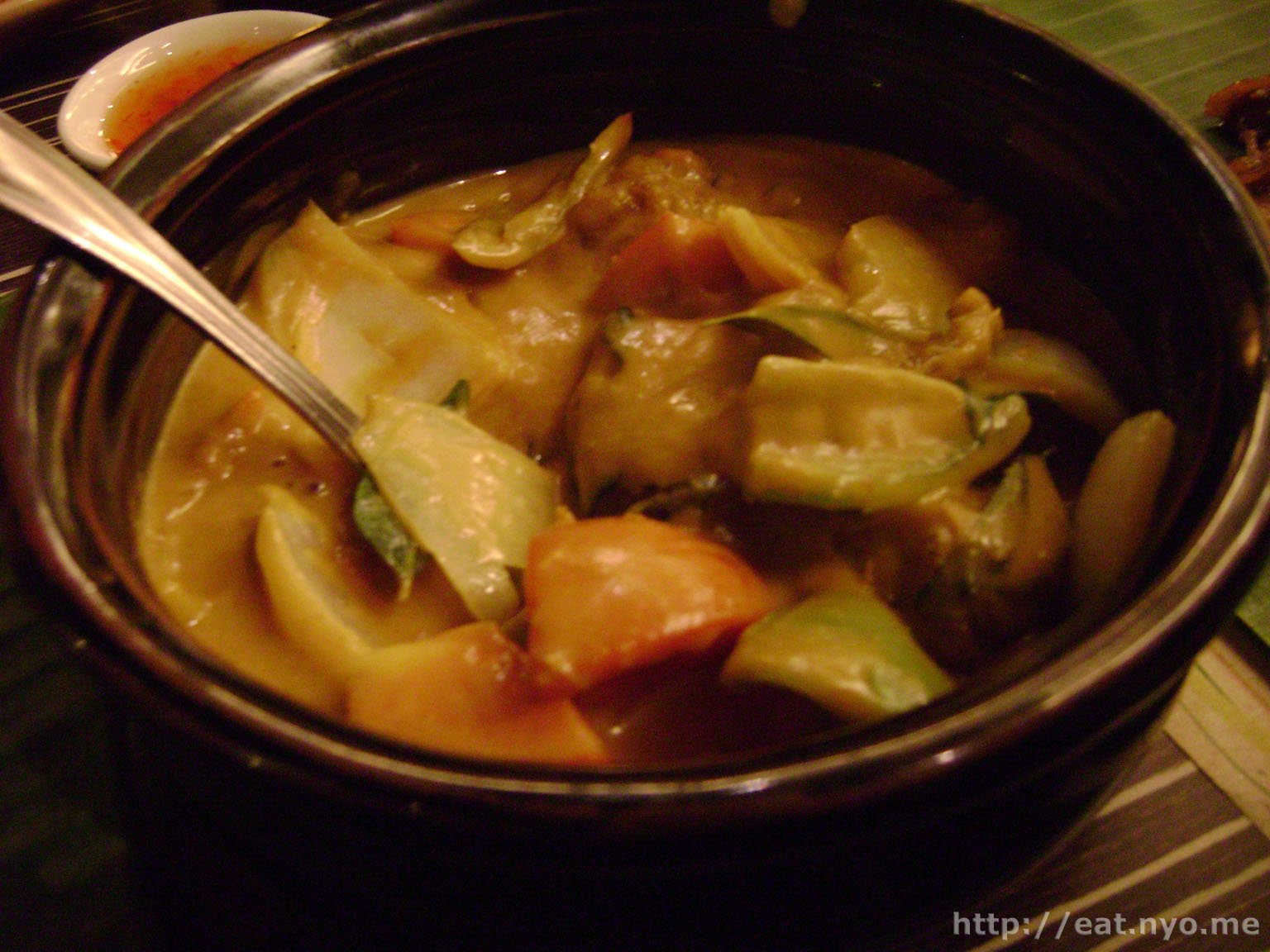 Finally, Beloved’s Deep Fried Cod Fish with Malayan Seafood Curry would logically be placed second in the verdict rankings. It had flavors that were to be expected of a Southeast Asian curry dish—a spicy punch in the creamy soup. Swimming in it were crunchy veggies and, of course, the fried fish of choice. Beloved was disappointed that it didn’t look as good as the picture in the menu, where the fish looked very soft. Instead, and I expected as such because of the manner of cooking, the fish was pretty crispy and flaky. What disappointed me the most about this pot, though, is the size. While it could still easily serve three or four, for the price, I thought it wasn’t as worth it as the Phad Thai. 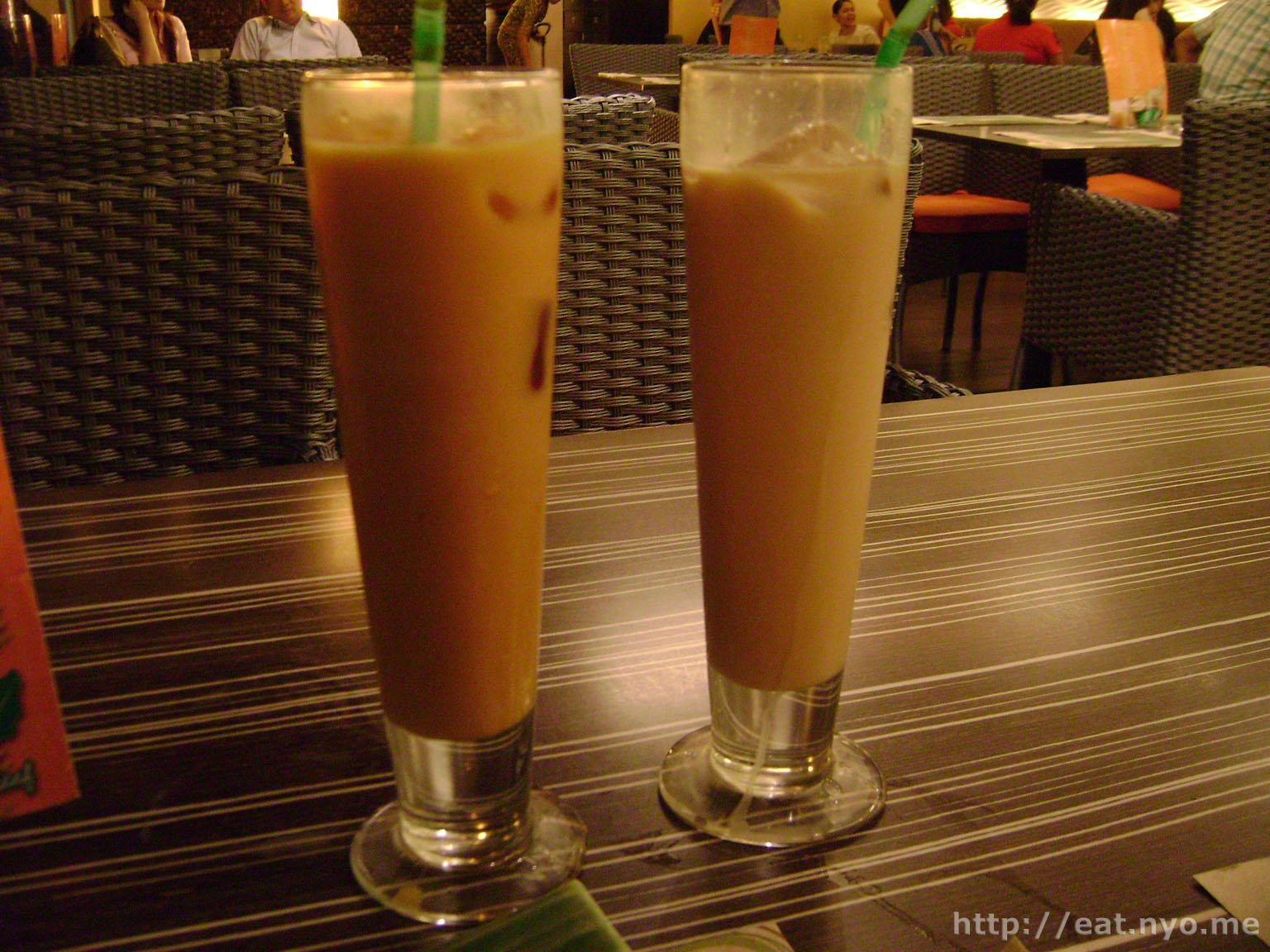 I could talk about our drinks, but they weren’t really as special as what we expected. They were good, no doubt. My Thai Iced Tea had a hint of sweetness in a milky tea drink, and Beloved’s Iced Hong Kong Milk Tea reminds me of what most milk tea places serves. I’ll leave it to your imagination which one Beloved liked better.

Banana Leaf’s Phad Thai was easily worth the visit. The rest of our order was a worthwhile experience too. Although our bill amounted to almost 1K Php due to the additional 10% service charge, we had to take home half of our orders. And this place is easily a better value than The Mango Tree Bistro. My regrets were ordering the beancurd dish and not ordering the flat bread one. Otherwise, it would’ve been perfect, since we could’ve dipped the flat bread on the curry. For a date, it’s probably not as good value as places that serve meals for one. This place is best reserved when there’s a third wheel or fourth, or fifth. Also, don’t expect too much from the pictures and the food names, just so you don’t get disappointed. However, don’t be afraid to try things out. Banana Leaf might serve some not so pleasant looking food, but, so far, everything we’ve tried receives a grade of at least “not bad”.

Smart nomnomnom tip: Save this place when you’re in a group of at least three.