A couple of days ago, Beloved took me to Soul Shop. This quaint cafe is located at a building called Crossroad 77 at Mother Ignacia street. The real reason we went there was to search for the place that sells chocolate bars with unique flavors. After making the mistake of going on the wrong floor, finding this place, and seeing its relatively cheap prizes, and Beloved being quite hungry, we decided to stop by for a while despite not being on the original agenda.

The place itself, while located on the second floor of the building, was actually surrounded in nature. It features a garden where you can decide to eat, and actually two separate places you can order food. Of course, it still has a small indoor area which reflects the outside, being one of the most peaceful and quiet food place I’ve been to. Anyway, I’ve mentioned their prices were relatively cheap and their menu consists of the usual cafe fare of sandwiches and pasta and other finger foods plus a selection of rice toppings. However, I wasn’t really hungry. Beloved was. She ordered their** Fish Kare Kare** (160 Php). As for me, I just ordered their Soul Shop Taco (60 Php). Finally, Beloved also asked for their Iced Green Tea (90 Php). 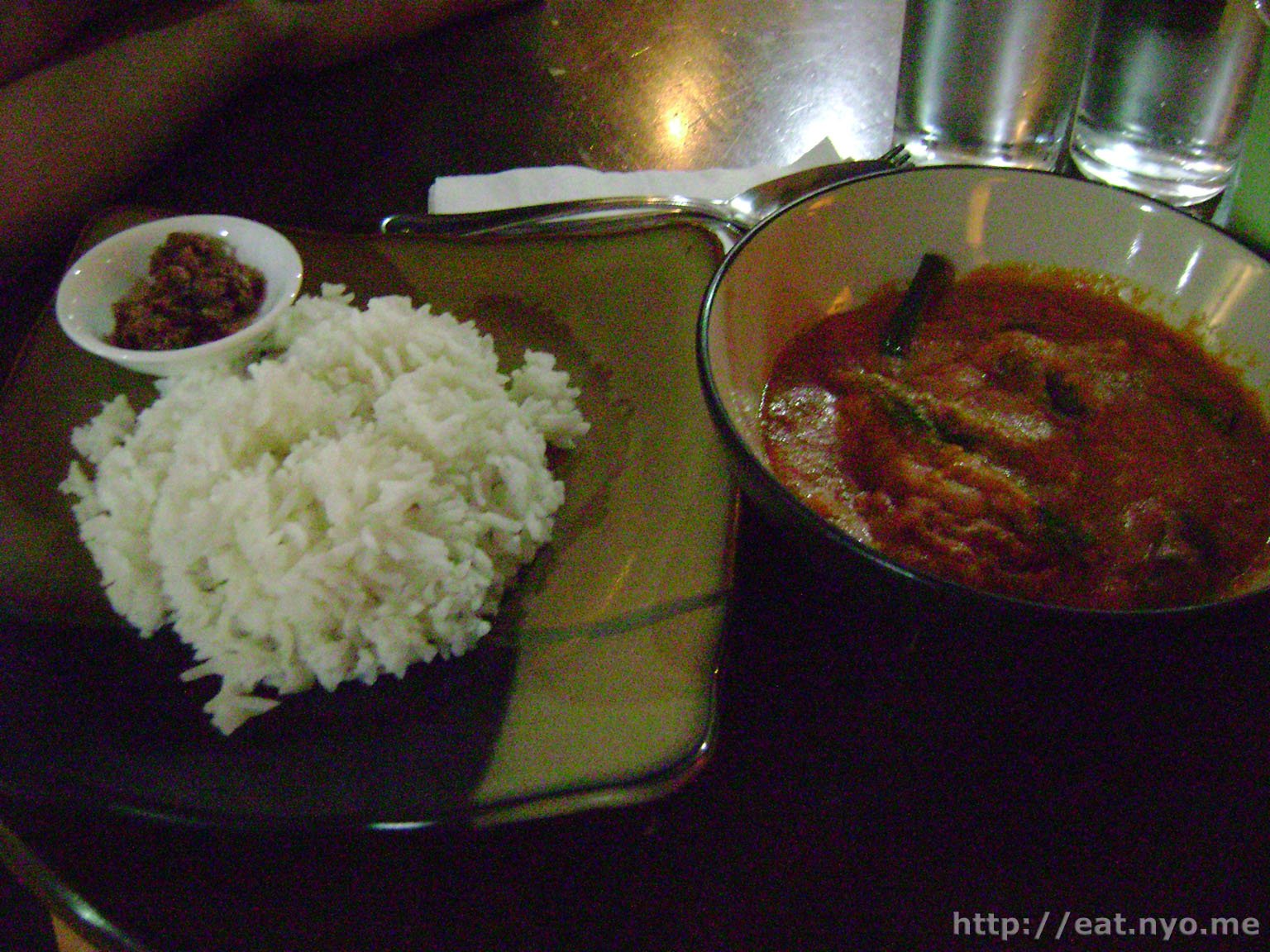 I thought Beloved’s Fish Kare Kare was a pretty decent deal. It was a heaping cup of rice, actually almost two, served with a generous bowl of said peanut-butter stewed fish. Yes, there’s really fish in it instead of the usual ox or beef. I didn’t really get to taste it much, but Beloved assures me it was pretty good, despite her not eating the eggplant included, and instead giving it to me (which I thought was not bad). 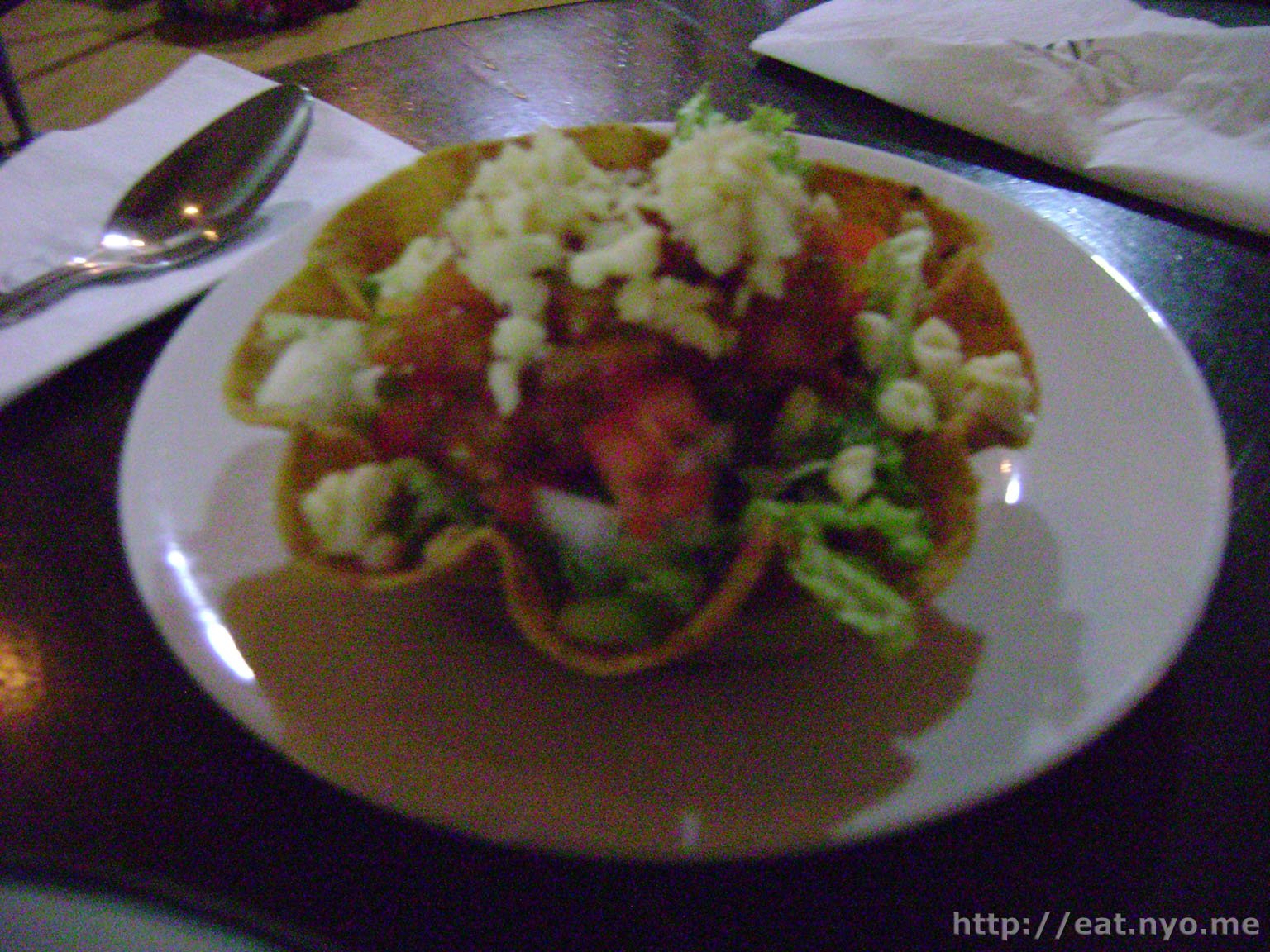 Their Soul Shop Taco was your typical taco—ground beef, chopped onions, tomatoes, cheese, and a hard tortilla shell. What’s special is the shape. The taco shell they used was a flower-shaped cup. At first, I thought about scooping out the insides, but I like having that crunchy corn with my bite, so I ate it like a normal taco. And you know what? It’s actually less messy than eating your normal U-shaped taco, and much easier too. 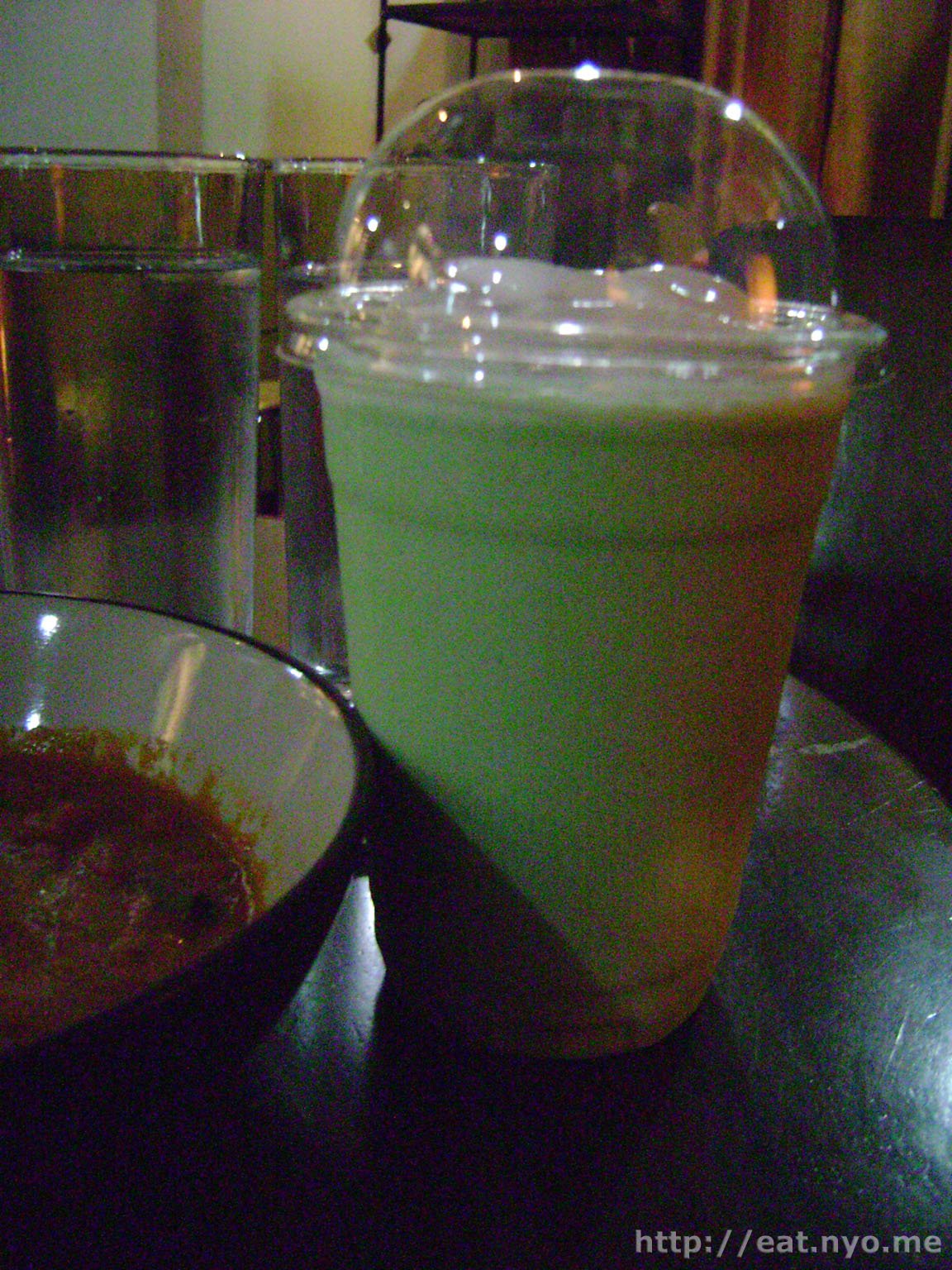 Finally there’s their Iced Green Tea. Well, it’s not too different from what we’ve had before. Nevertheless, we’ve never really had something like this that we didn’t like except for the price tag. I found this one a fair, though not the best, deal.

I would rather call Soul Shop a secret sanctuary rather than a hidden gem, though either would apply. Indeed, their food is pretty good, their prices fair, and it seems to have a pretty loyal following despite being a few walks away from the busier part of the South Triangle. Adding some unusual twists to typical food, Soul Shop is worth a the journey.

Recommended for: Individuals or dates.

Not recommended for: Large parties.

Smart nomnomnom tip: You can stay at the garden area.