Beloved and I had dinner at Little Tokyo a few nights ago. This special place features a small group of Japanese restaurants that serve authentic Japanese cuisine. As Japanese food lovers, we’ve been craving to go to this place since a few years ago. We finally had the chance to do so, and the area itself felt like another albeit small world, requiring you to pass through a Japanese garden to visit the interior restaurants. We tried out a couple of places on that area. Our first stop was the Yakiniku or Japanese barbecue place called Urameshi-Ya.

We researched this place before going, and we thought we got it all figured out. This is not your yakiniku buffet like YakiMIX or Sambo Kojin. First, this place does not feature eat-all-you-can meat, since the meat here was supposed to be authentically Japanese. In addition to that, the grill they use are live coal grills on small earthen pots. Similarly, though you get to cook over your table.

Now, what we didn’t know was their menu was composed of purely Japanese and Romaji text. We can barely read what’s in it. I had no idea what parts we were getting. Luckily, they had three set choices. We got the second least expensive, their Tarafuku Set priced at 2.1K Php. This is good for two to three, according to the servers, and, yes, we were aware of the steep price. 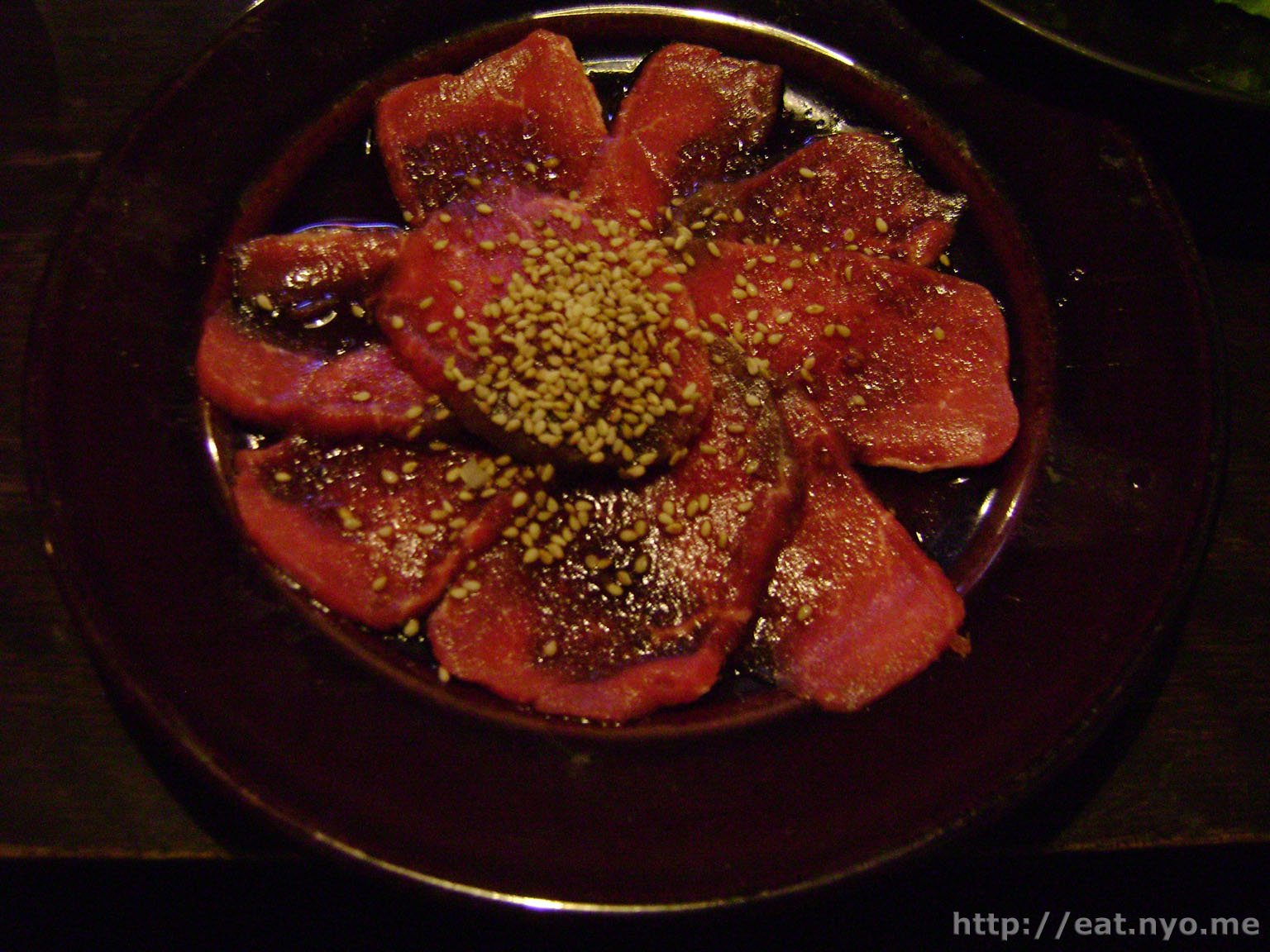 The set consists of five plates of raw meat, to be cooked over your table. We also got salad and soup and a cup of rice. I honestly have no idea which cut is which, so I’m going with how it tasted like. This plate of red meat is most likely the beef tongue, or Tansio. This is Beloved’s favorite cut of beef, and it’s very soft and quite delicious with the marinade and sauce. 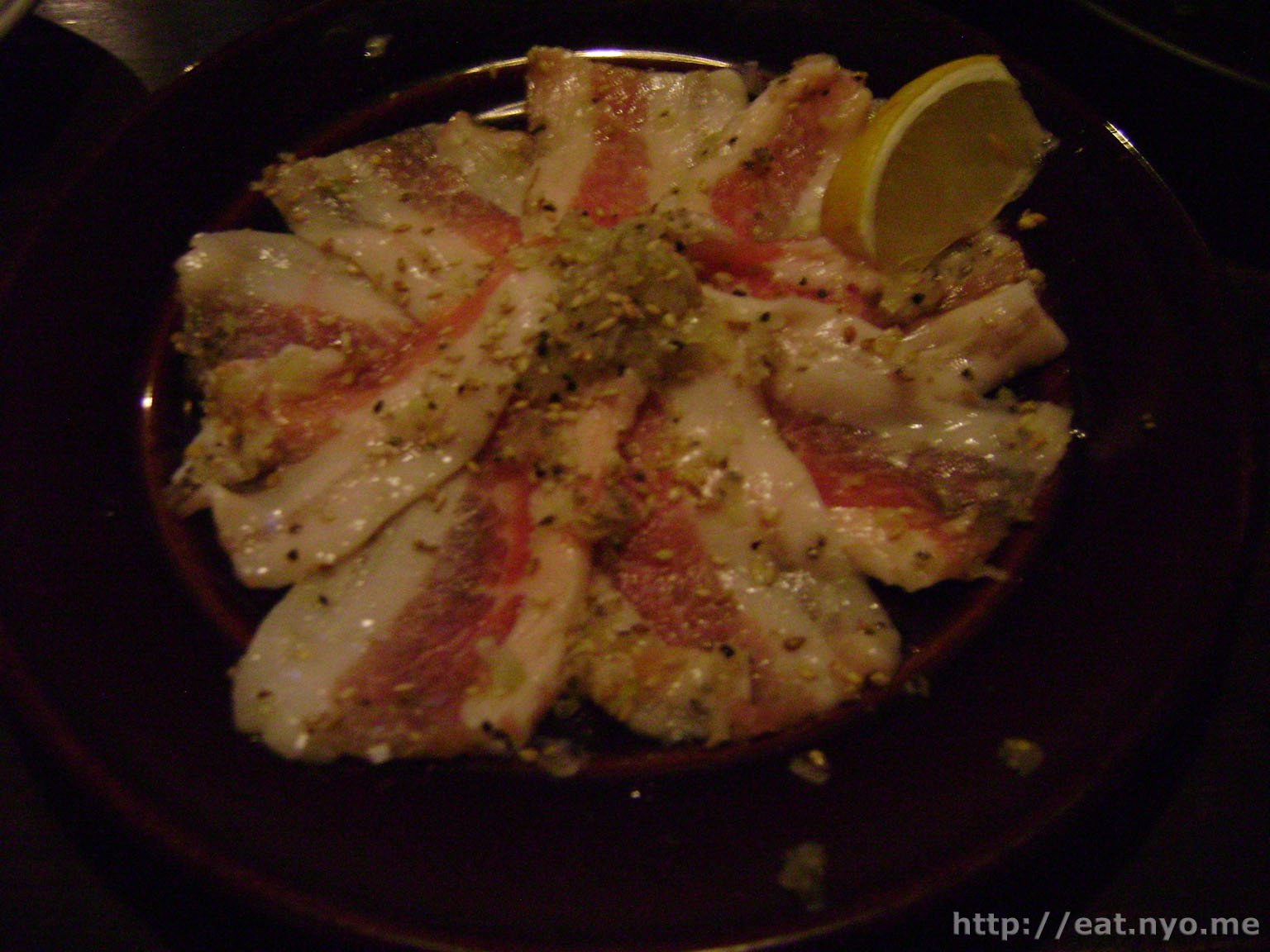 This plate, I’m very sure of. This is my favorite meat cut: pork belly, or Buta Bara. And, yes, it certainly delivers. This is the best bacon I’ve tasted in a very long time. 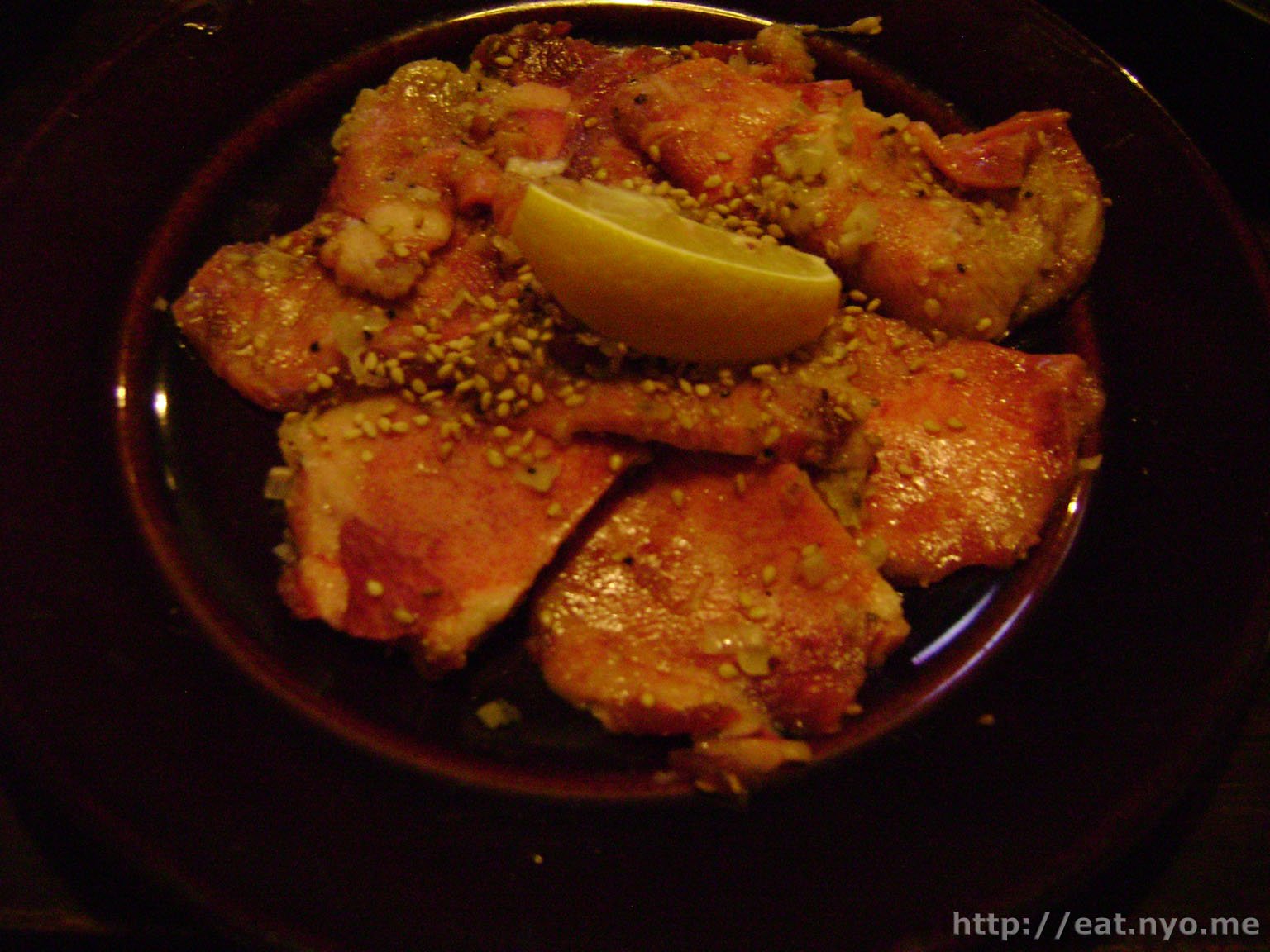 Now, this, I’m not quite sure, but I’m certain that this is a beef cut. It’s either the Rosu (though they call it “Roce” on the menu) or Karubi, loin or ribs respectively. Whatever part this is, it tasted wonderful and because of the marbling, it was very tender, though not as soft as the tongue. 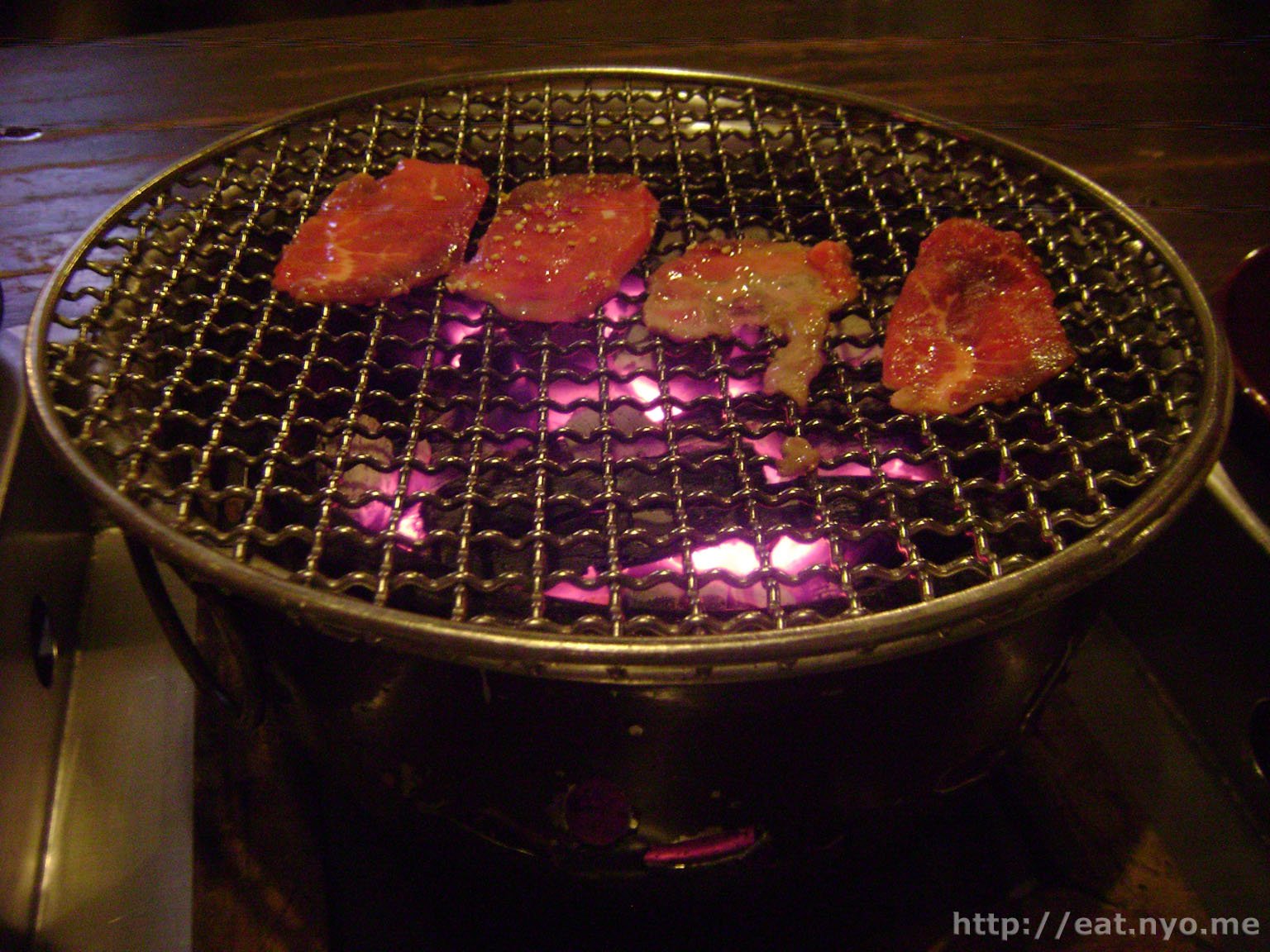 Oh, and before you think we’ve been trying it out raw, the answer’s no. Pictured is the pot filled with burning coals where you get to cook your meat. The coals add a hint of smokiness that I enjoy from barbecues. 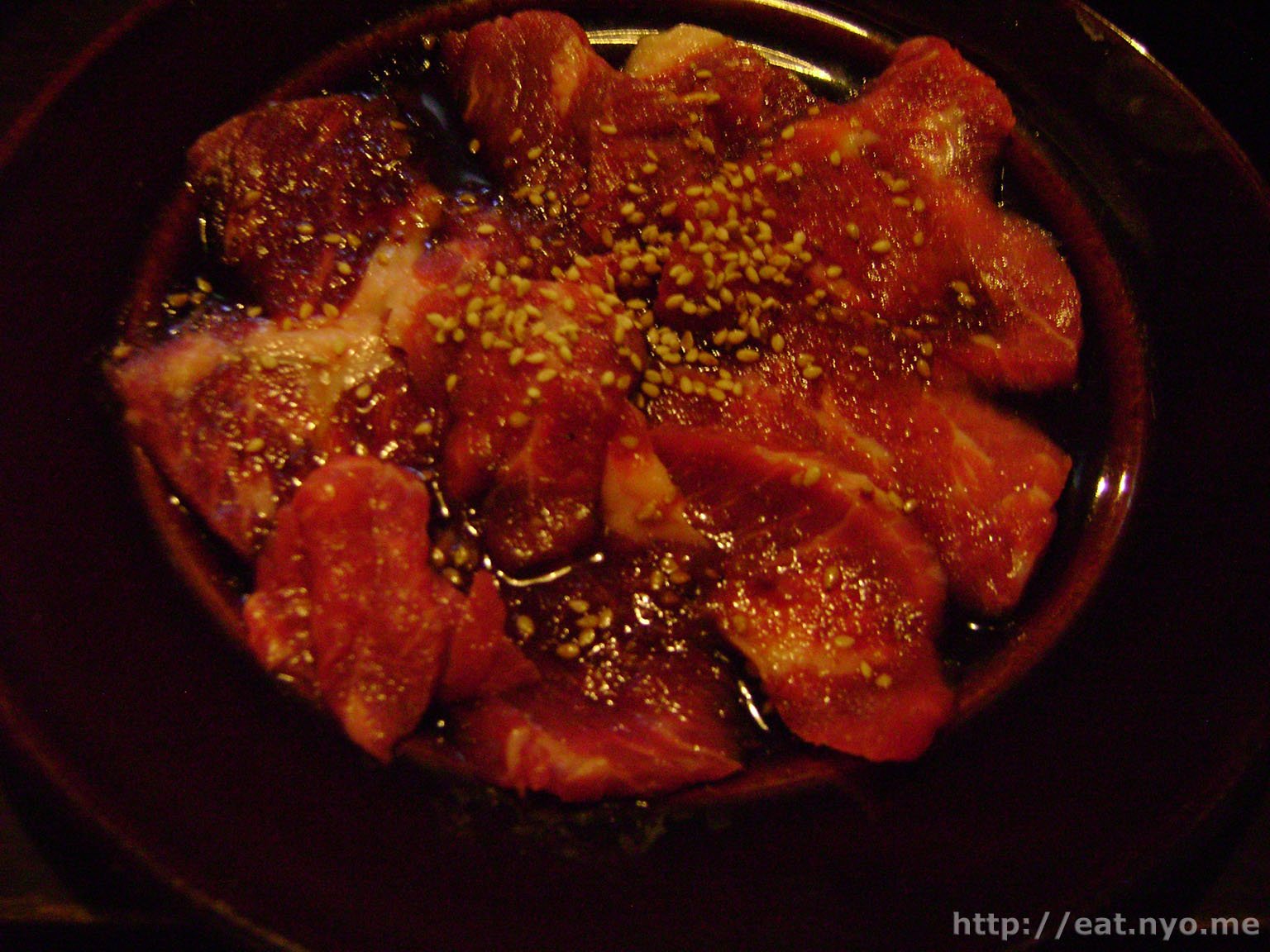 This redder meat is again either the Rosu or Karubi. Now, this is the plate that we liked the most. The marbling is just superb on this that it almost melts on your mouth, and, yes, even softer and more tender than the tongue. This was arguably the best plate of the night, and the one we luckily finished last. 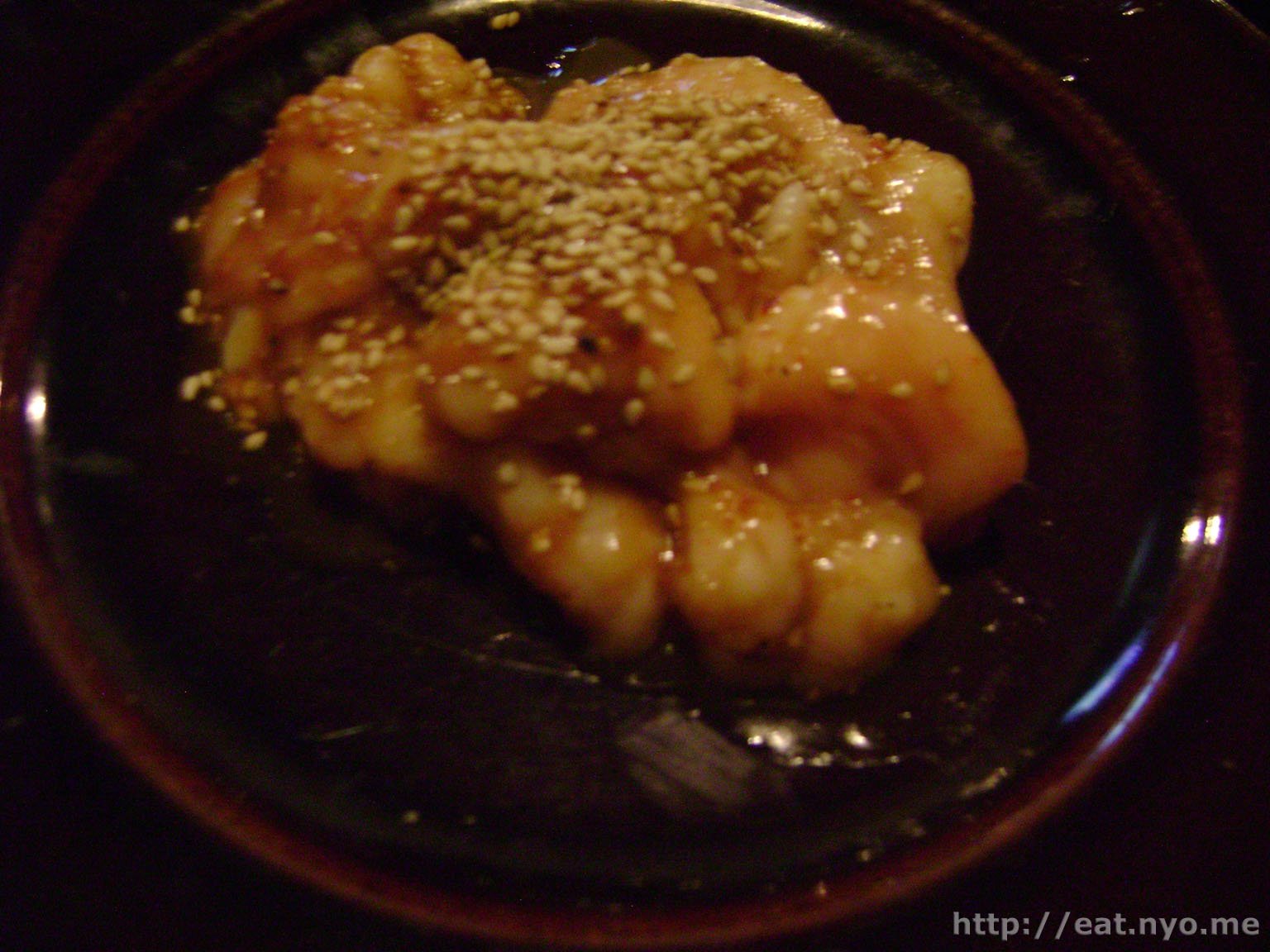 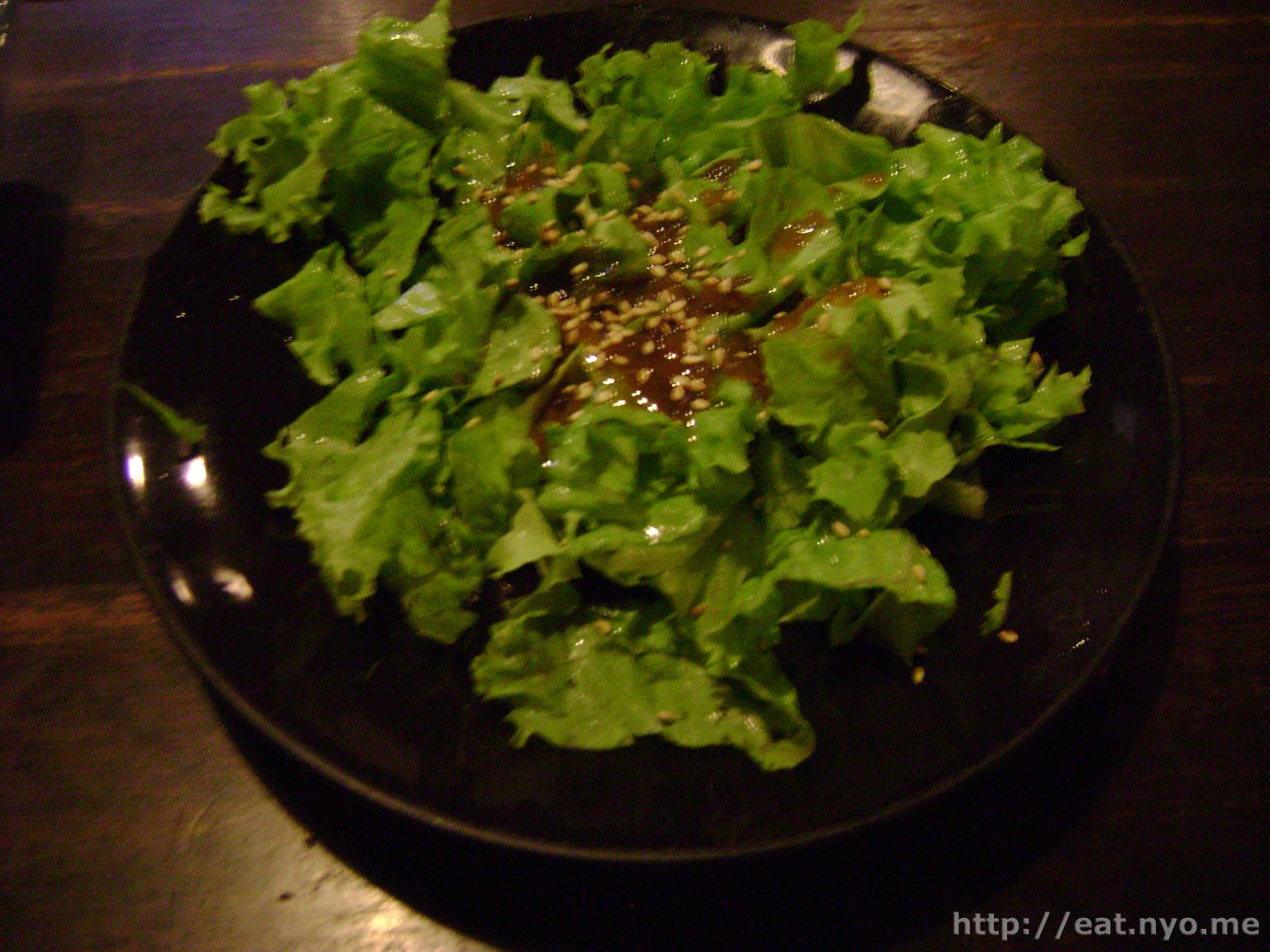 I mentioned we had salad and soup, but they’re really only there so that you don’t get tired of the meat. They actually do a pretty decent job of it, since the greens are quite plentiful for two, and the soup has quite a lot of veggies in it as well.

My only regret was not polishing up my Japanese or bringing someone along who understands it so that we can be certain which cut was which, and I do apologize if I got them wrong. Anyway, was it all worth the tag we paid for? From meat lovers like us, it’s a resounding “yes”. This, this is the real deal. The meat we had is something you don’t taste every day. Sure, it wasn’t as plenty as we could’ve had with what we paid for, but unless you can show me superior quality meat that’s less expensive, I’m standing by my verdict. Urameshi-Ya is a definite must try.

Smart nomnomnom tip: Bring someone who can read Japanese.