Beloved and I had dinner at Tien Ma’s a couple of weeks ago. It’s our second time trying this place, with the first time being a not bad experience. Located at KIA Theater, right beside Tim Hortons, this Chinese/Taiwanese place serves dimsum, mami, and other Chinese viands that goes well with rice. It’s your typical Chinese place, really. What separates this place is the fact that most of their viands are priced at 200 Php, a bit below from your average similar place and yet manages to serve a similar amount.

The first time we went, we had rice good for sharing with two viands. Again, that time, it was a not bad experience, the worst part being the slow service since we were seated in the second of two floors. This time, sadly, we were seated again in the second floor since the first floor was full. Anyway, we hoped the service will be better this time. We decided to order their specialty dimsum, their Assorted Xiao Long Bao (240 Php) with their Salted Fish Fried Rice (200 Php). We also got their Hot Prawn Salad (199 Php) after much pondering. We also asked for their house tea on the house, which Beloved did not like as it was a flowery jasmine tea and took quite a while until it arrived. 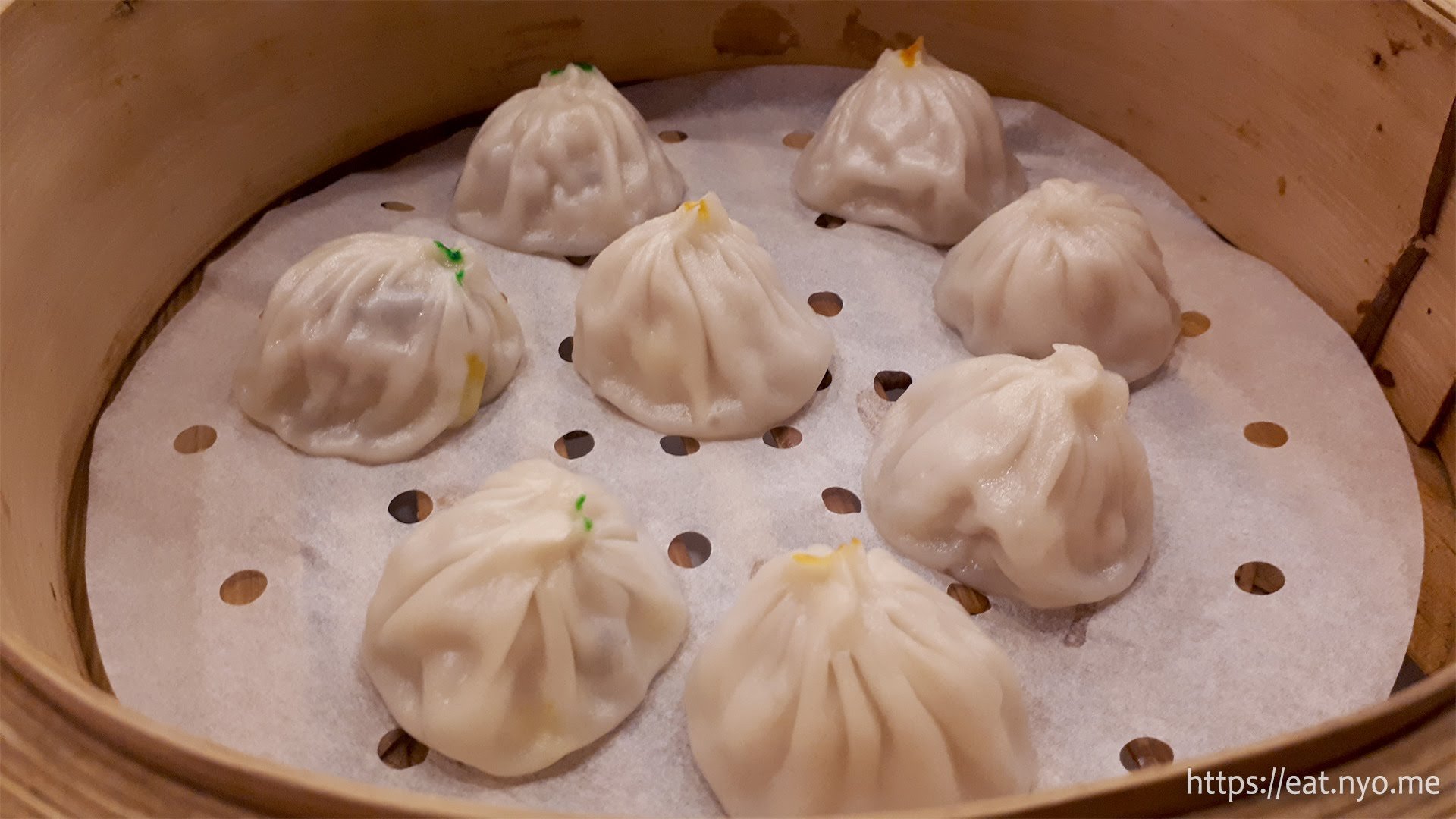 Their Assorted Xiao Long Bao had three variants, differentiated by the color of the dot at the tip of the dumpling. The unmarked ones are their originals, the green are their black mushroom variants, and the yellow, their cheese. Disappointingly, we found that they’re mostly the same with a kick of the aforementioned flavor. However, while the cheese was quite mild, the mushroom, as Beloved describes, felt like you were slapped in the face with mushroom essence. Also, we found it not too soupy as we would’ve liked or are used to. 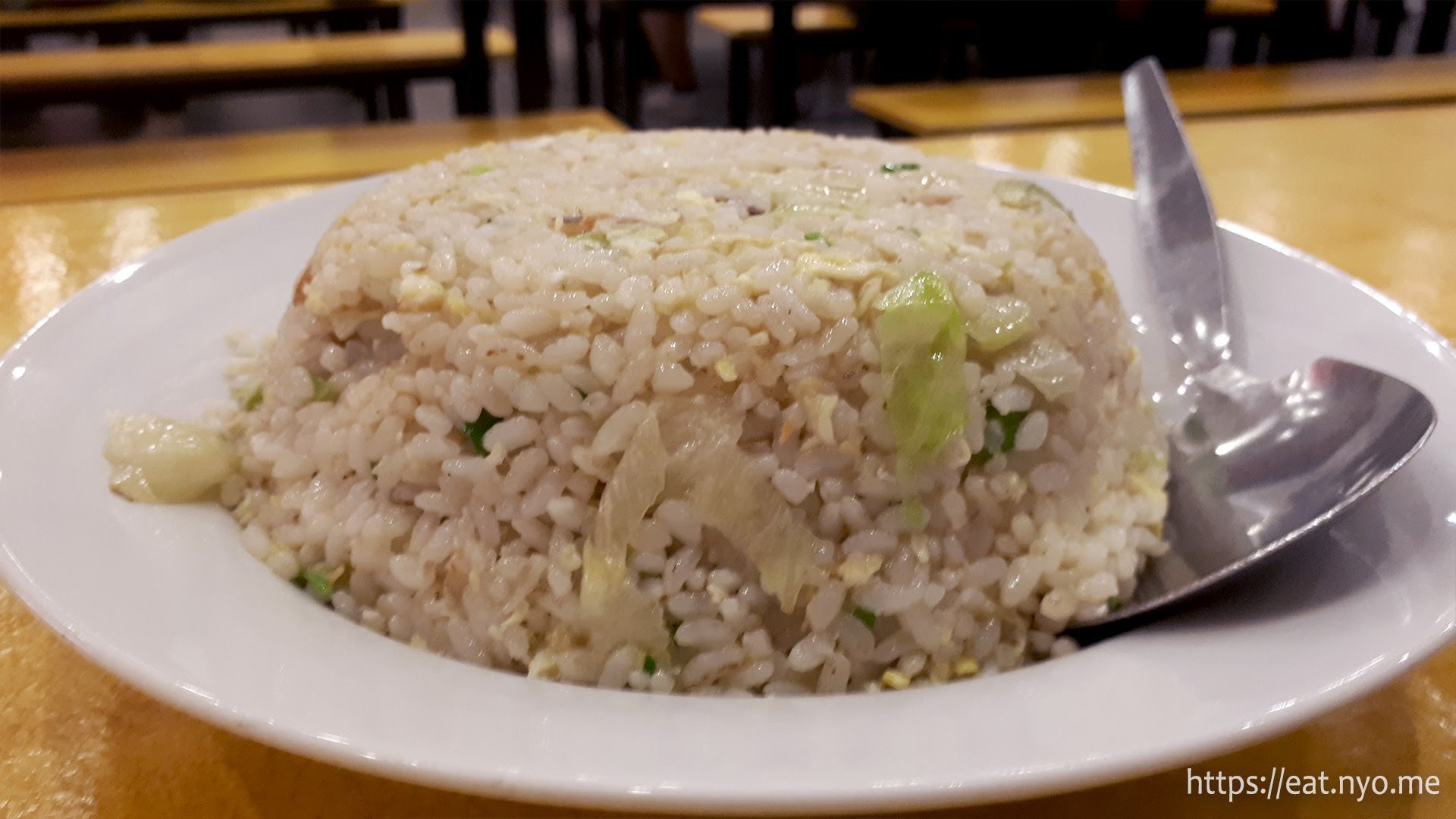 Their Salted Fish Fried Rice might be the saltiest fried rice we’ve had, especially with the big chunks of salted fish hidden in the big mound of rice. I didn’t mind it, especially since the amount was quite generous from what we’re used to, given the price. Beloved found it too salty. 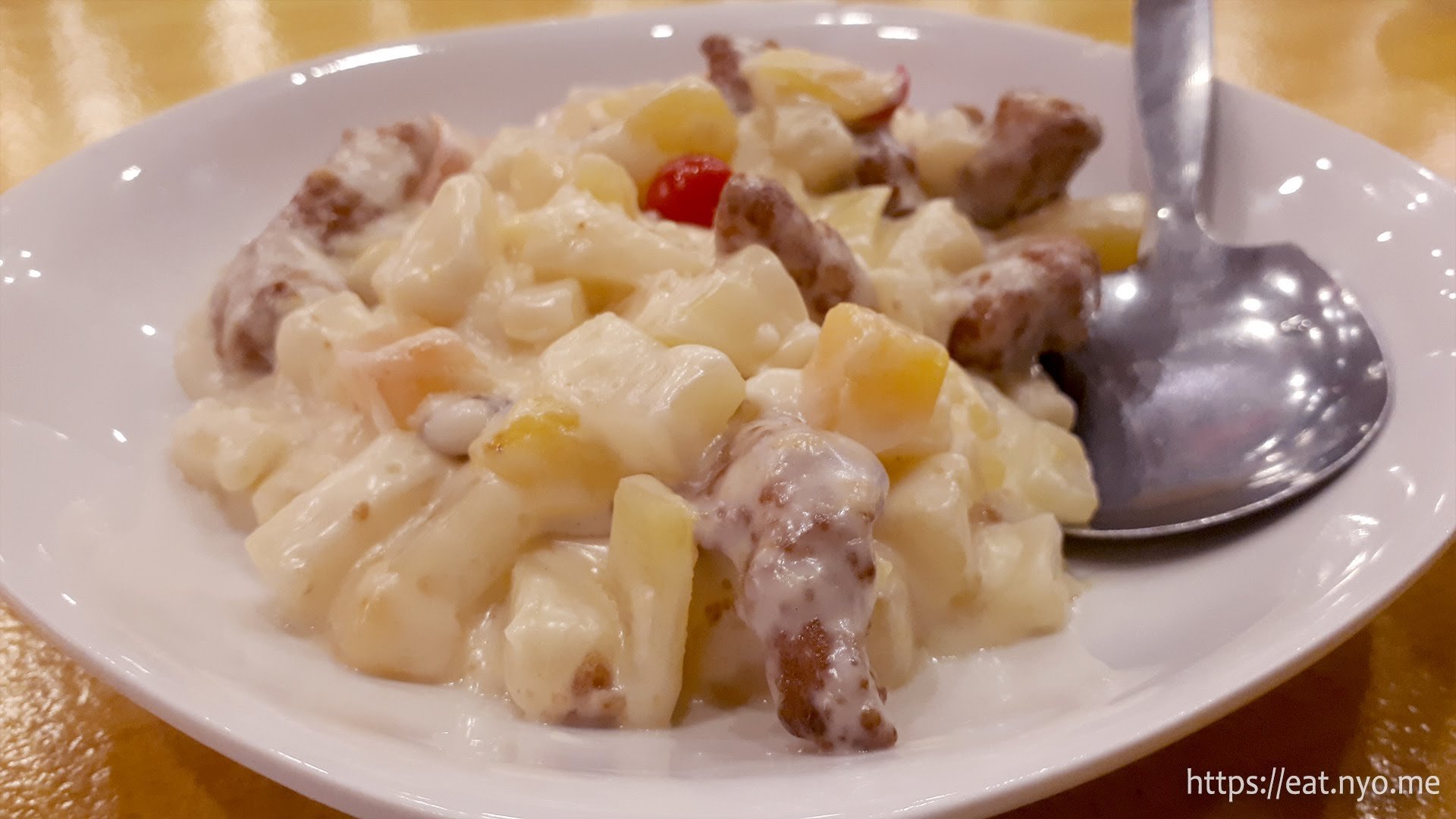 Their Hot Prawn Salad was the cheapest of the specific dish we’ve had. It also felt and tasted the cheapest. There’s only a meager amount of breaded shrimp here compared to the fruit salad that went with it. Also, it’s not hot. Beloved was visibly upset at this point, and only took the cream-covered shrimp and left the pineapple, cherries, and other fruit tidbits to me as dessert. Beloved also argued that it’s supposed to not have fruits, but all the times we ordered this dish before, it’s always this cold dish of fruit salad and breaded shrimp, so….

In the end, it was a conflicting experience. Beloved hated everything—the disproportional amount of shrimp versus the amount of fruits, the weird tasting specialty xiao long bao, the salty salted fried rice, and even the flowery jasmine tea they gave on the house. I didn’t mind most of our food, but do admit that the service was not the greatest. The hot tea arrived when we were half-through our meal and the bill took over fifteen minutes to arrive. Still, even Beloved admits that this meal was among the cheapest ones we’ve had recently and it felt like eating from a similar Chinese place a decade ago price-wise. If you’re feeling miserly, I’ll recommend Tien Ma’s, just lower your expectations as much as you’d lower your budget.

Worth a try for me, not worth it for Beloved

Not recommended for: Fancy eaters

Smart nomnomnom tip: If you can, stay on the ground floor; the service is not great at the second floor.