Beloved and I had dinner at Cafe Sweet Inspirations a few weeks ago. Despite being a cafe, this is actually more famous for their all-you-can-eat Mongolian rice bowls. I’ve been a patron of this place for a good couple of decades already, as this was a go-to place while I was still residing and studying near the Diliman university belt. Since knowing about this place and since affoding to go here on my own, there’s almost never a year that passed that I haven’t been here.

That actually goes the same for Beloved. After the first time we went here, there’s basicallly almost never a year that went by when we didn’t come here once or twice or thrice. Their All-You-Can-Eat Mongolian Rice Bowl, while obviously increased in price from below 200 Php to now 399 Php over the years, still stayed the same in quality.

However, aside from the rice bowls, they really are actually a cafe. They also serve the usual cafe food, mostly adjusted for the Filipino palate. Moreso, they are also partly famous for some of their cakes and pastries, particularly their Sansrival (70 Php per slice) and Sylvanas (100 Php for four pieces). Seeing that after through the years Beloved hasn’t tried these, we decided to finally add them to our order. 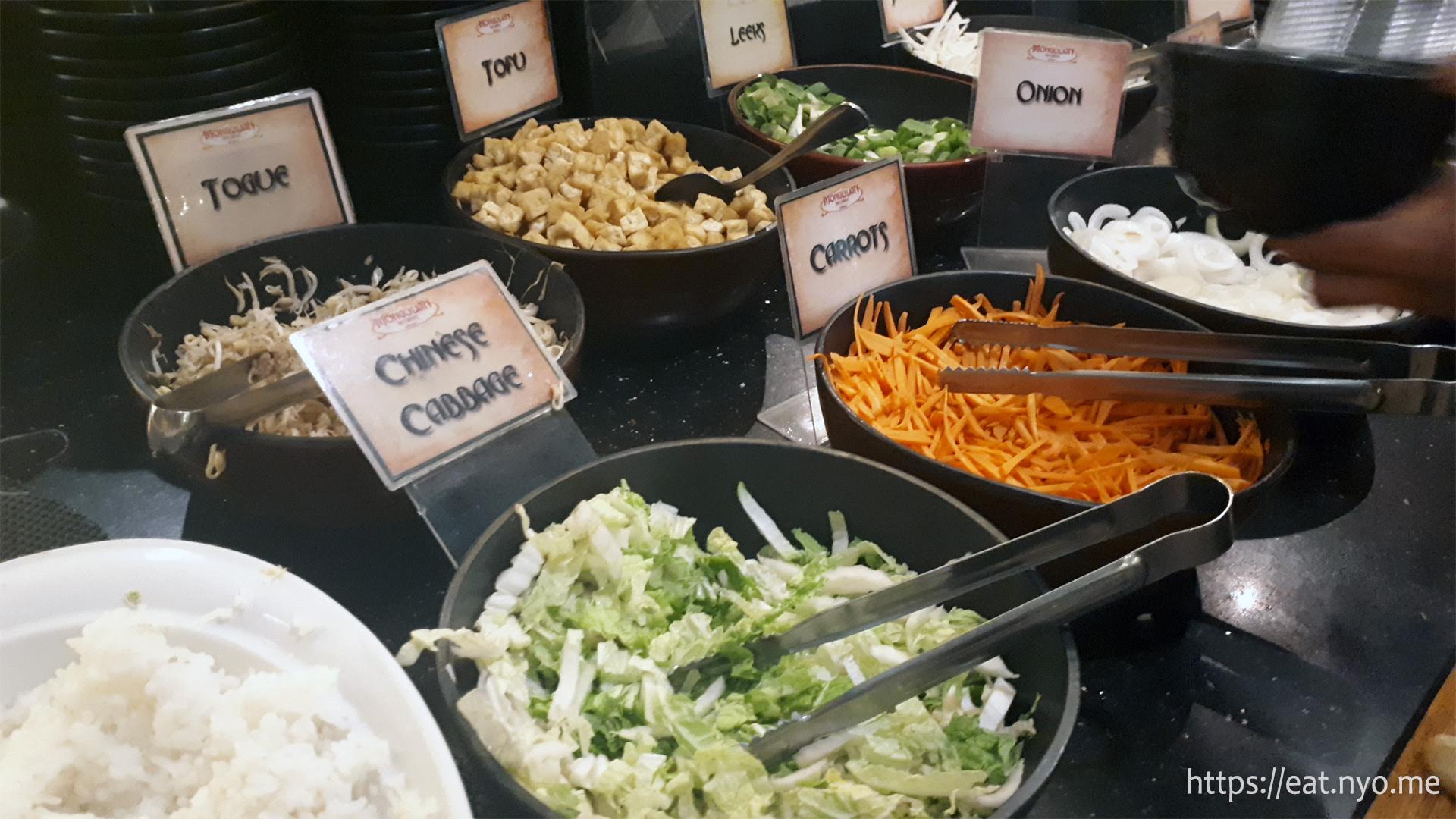 To start with your All-You-Can-Eat Mongolian Rice Bowl, grab a bowl at the end of buffet table and add some carbs—rice or rice vermicelli. Then, you add some of your basic veggies, which include chinese cabbage, carrots, togue or bean sprouts, onions, and/or leeks. This section also has some pre-fried cubed tofu that you can add in as well. 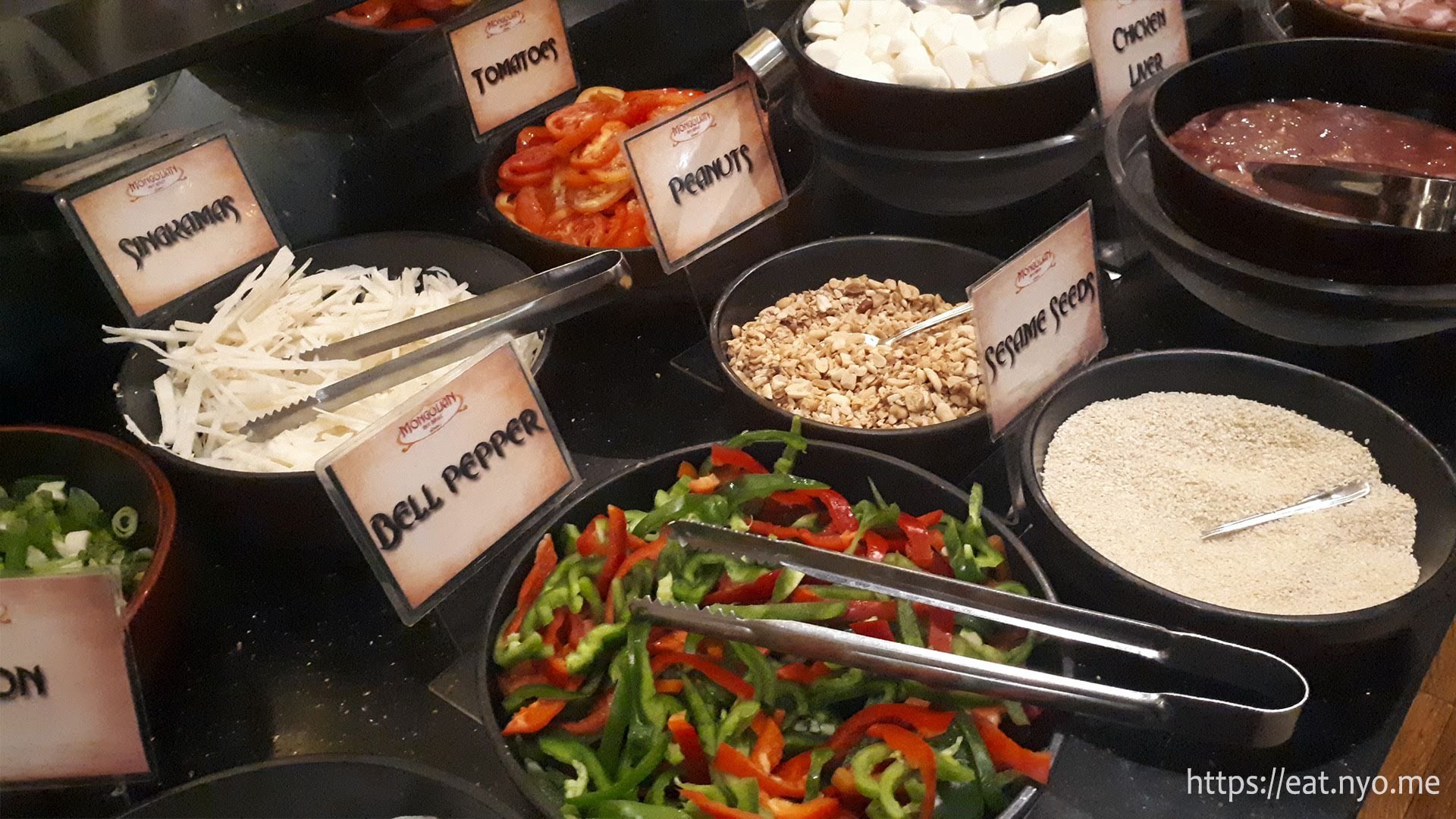 They also have mixed green and red bell peppers, singkamas or turnips, tomatoes, peanuts, and sesame seeds before the table transitions into the different kinds of protein… 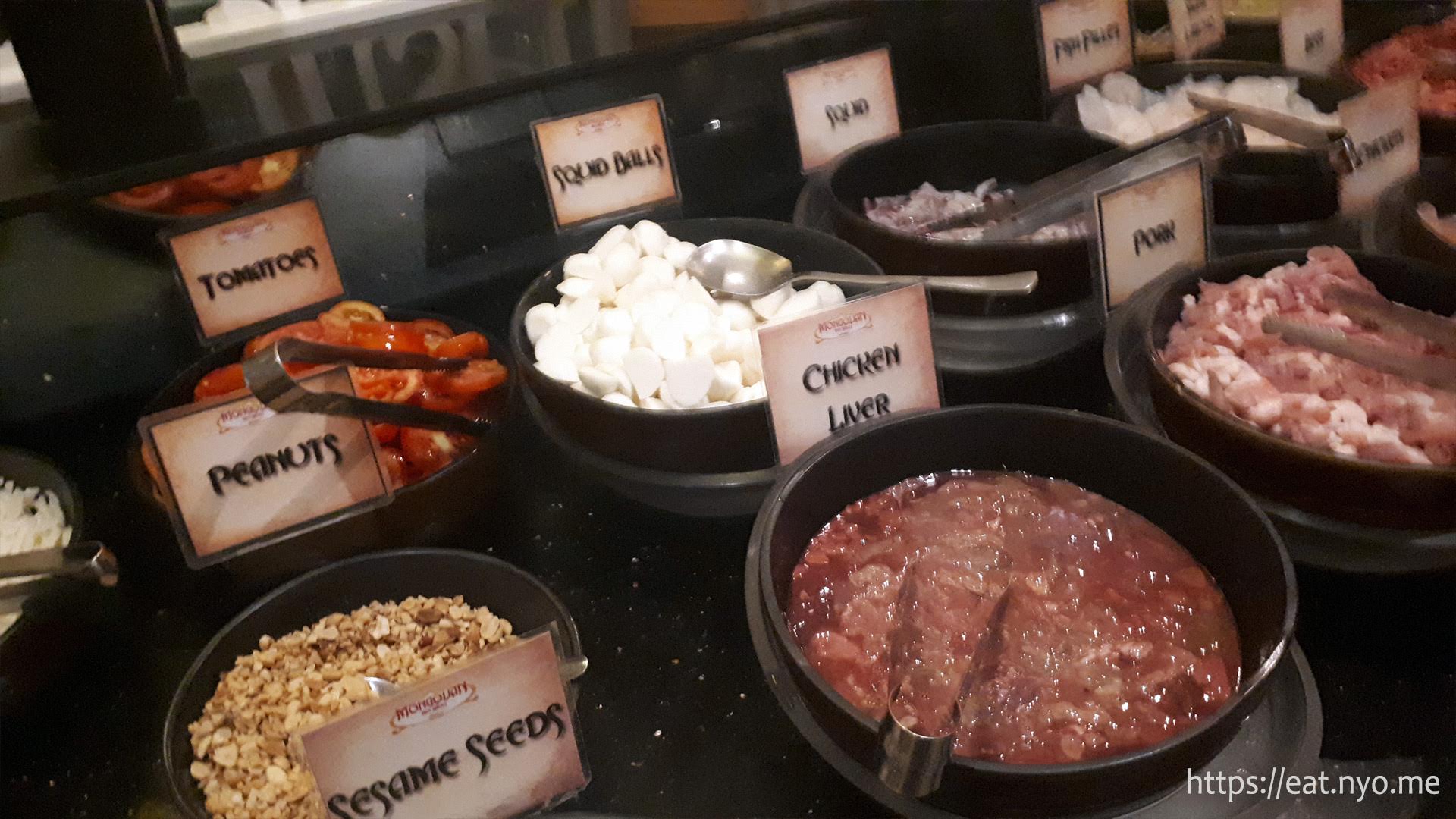 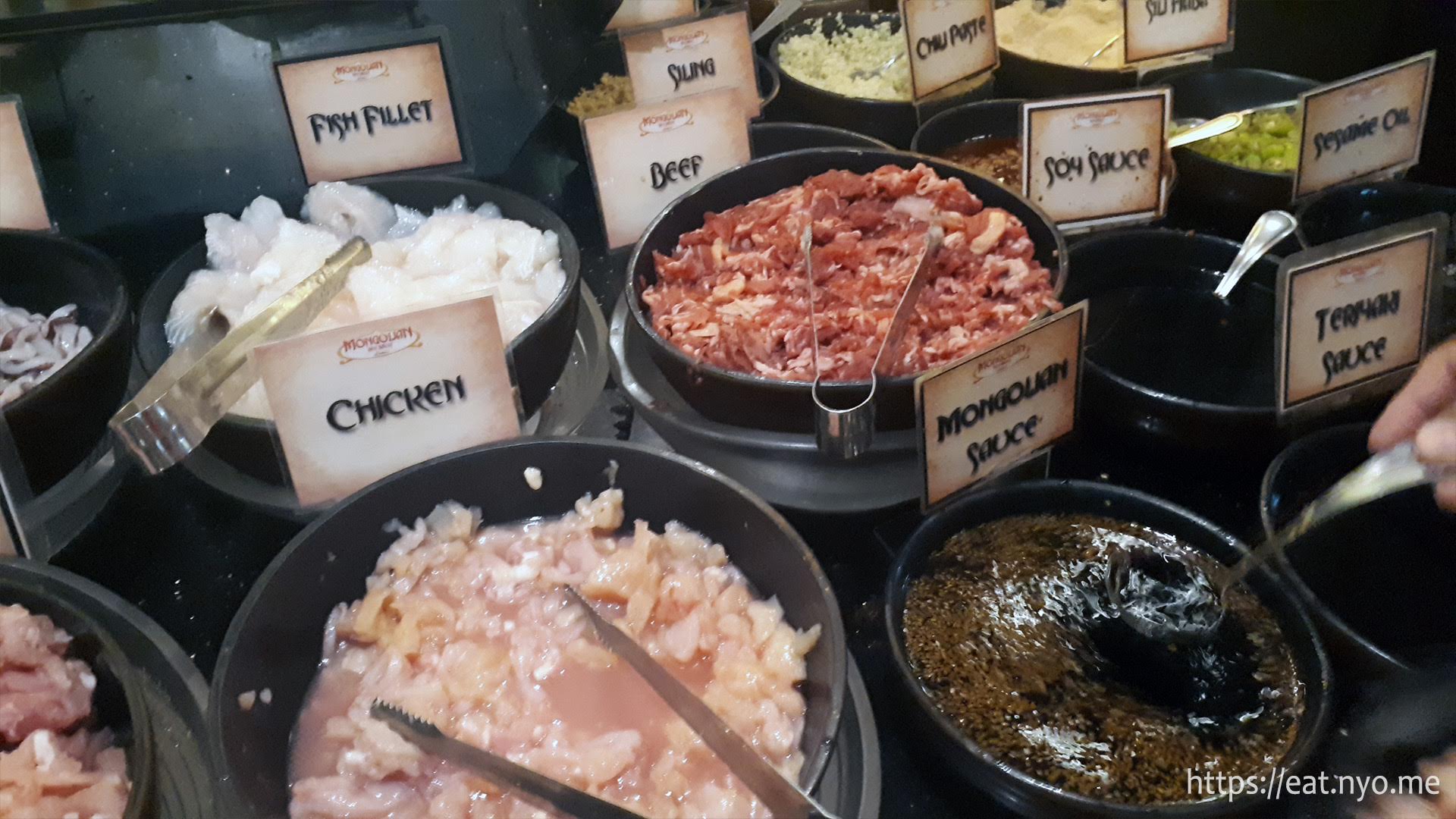 …fish fillet, chicken, and beef. Finally, it transitions to the various sauces, condiments, and garnishes that you can add in. There are four mixes you can follow on the wall, namely sweet, spicy, sweet & spicy, and sweet & sour. For beginners, I suggest following whichever sounds great for you and adjust on your next bowl. Through the years, I’ve managed my own mix that’s more savory-salty than sweet, very garlicky, and just the right spice for me:

I pair this with any kind of protein. For the veggies, I practically put all of them. I also don’t use rice and instead just put in a small amount of rice noodles. 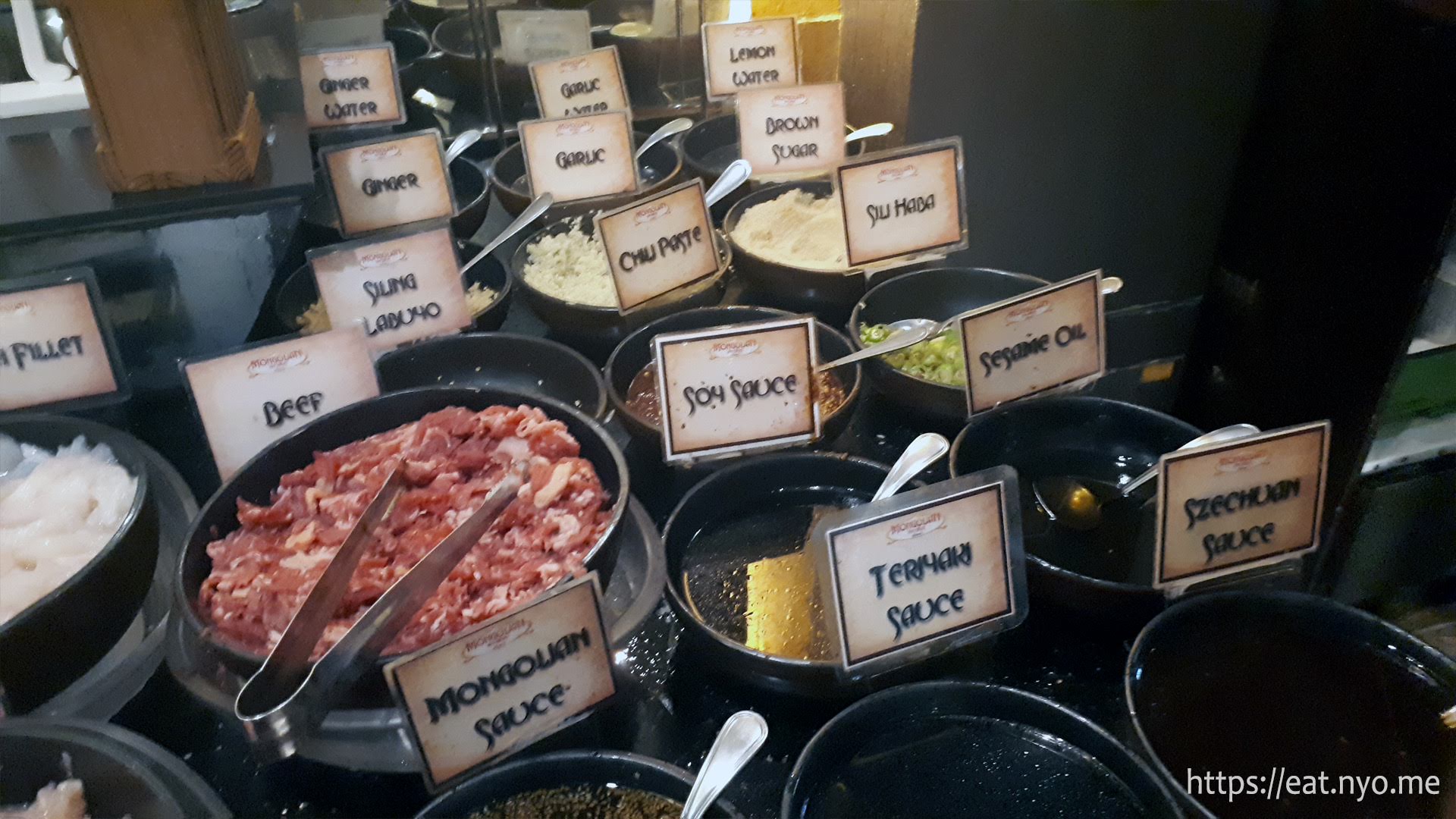 Beloved has her own mix, which goes beyond the mix and even has a specific set of ingredients:

After you’re done filling up your bowl, submit it to the counter and they’ll cook everything up for you. Expect your bowl to be reduced to almost half. 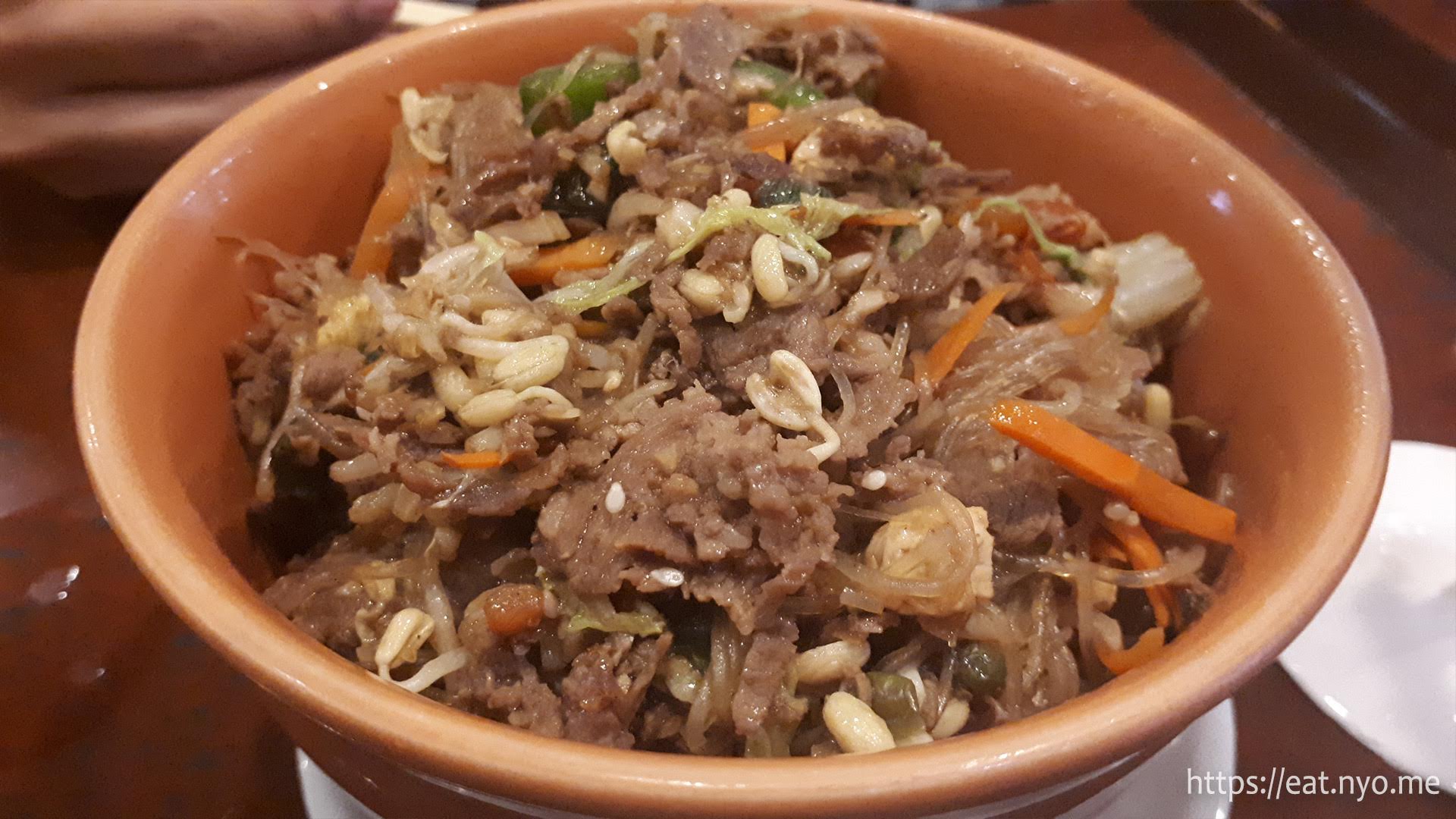 After a short wait, you’ll be given your bowl all cooked and mixed up. Honestly, don’t expect something gourmet out of this. Most of the taste will come from whatever sauce and protein you put in and the texture dictated by the veggies and meat you use. If I have to rank them in the order I like them, first will be their beef, then their squid balls, and third their squid. 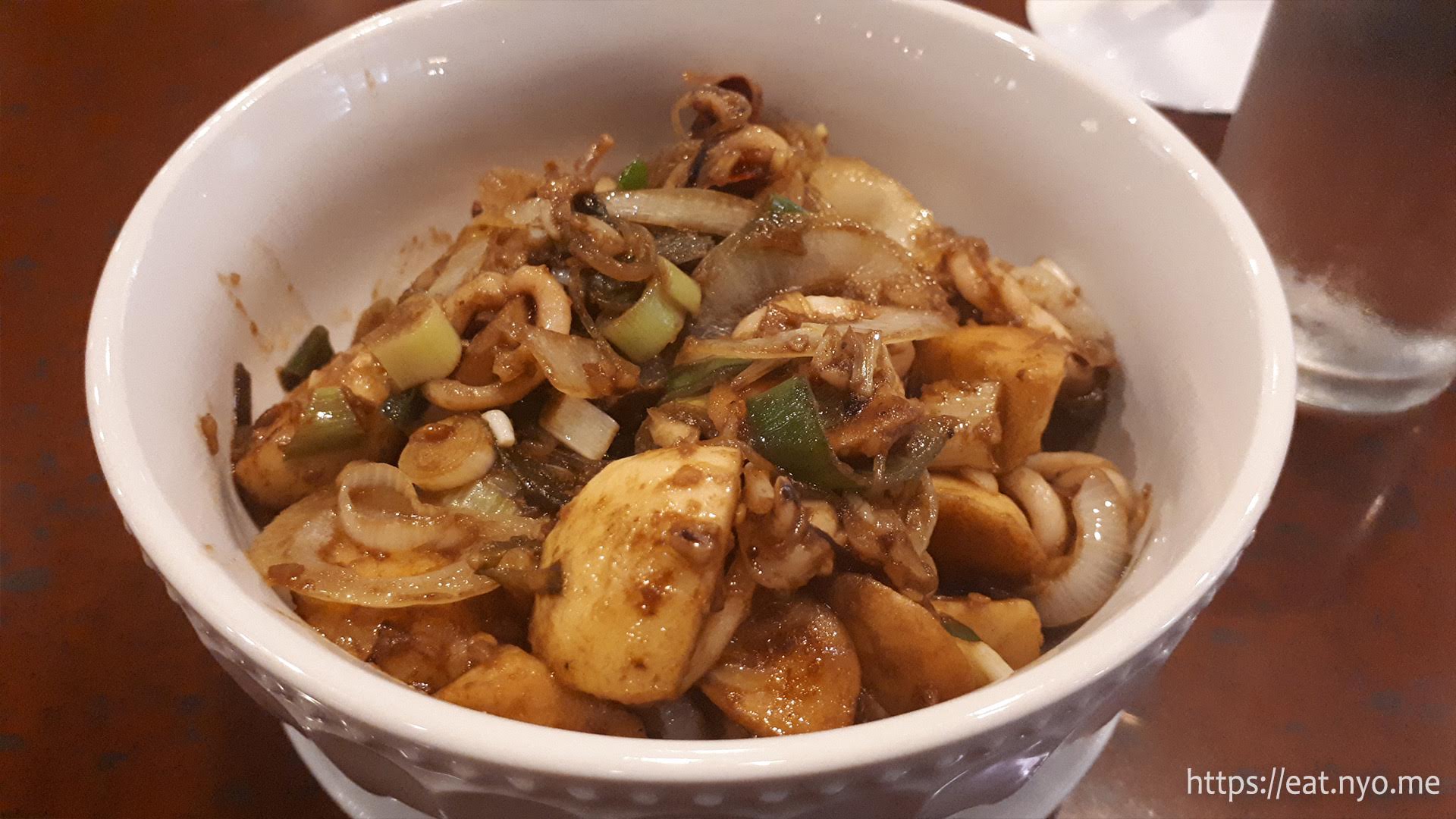 Beloved’s bowl is usually on the spicy side. While there’s no sharing allowed, I’m sure they won’t mind a bite between two all-you-can-eat patrons. Yep, too spicy for me, but just right for her. Her choice meat is usually their chicken liver and squid, which I don’t fancy the former but also find comfort on the latter. 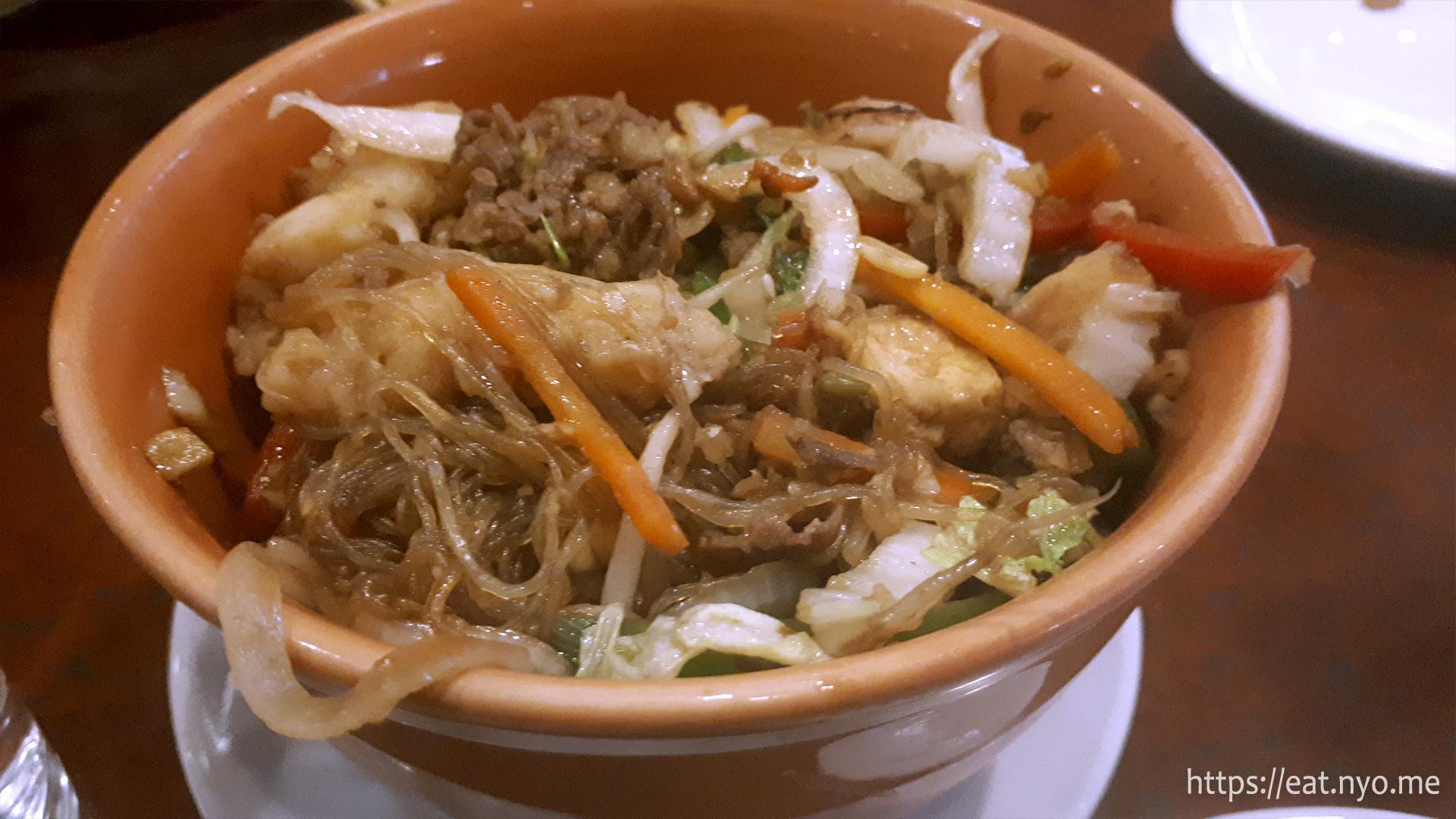 Sometimes, I do add in pork, chicken, and fish to the mix. It’s also a good idea to do so to prevent cloying. 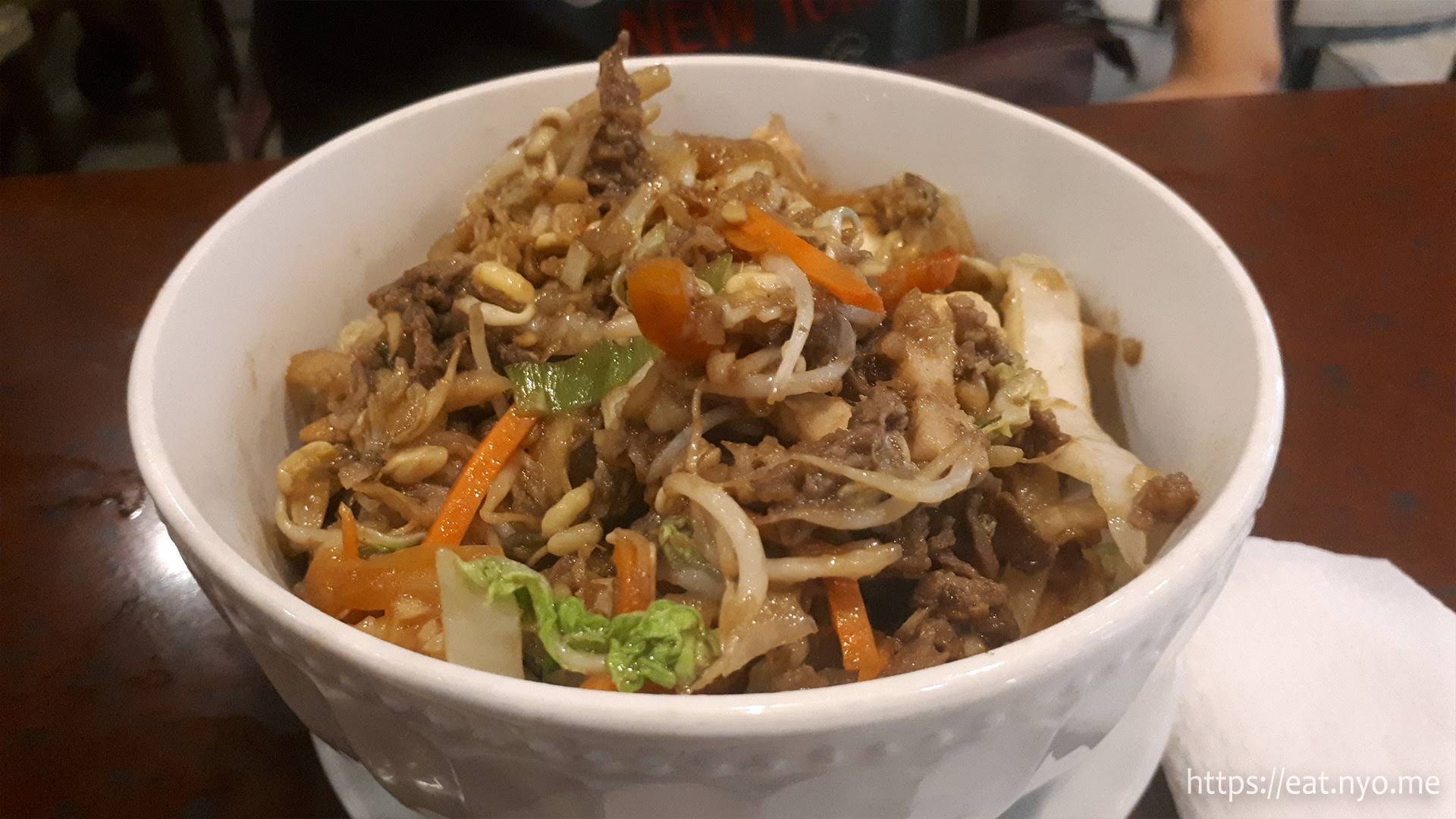 This bowl I deem a failure; I tried adding no carbs on this one. Sadly, it made the sauce not stick to anything and there’s a pool of umami-salty liquid under the bowl where the other stuff soaked in. 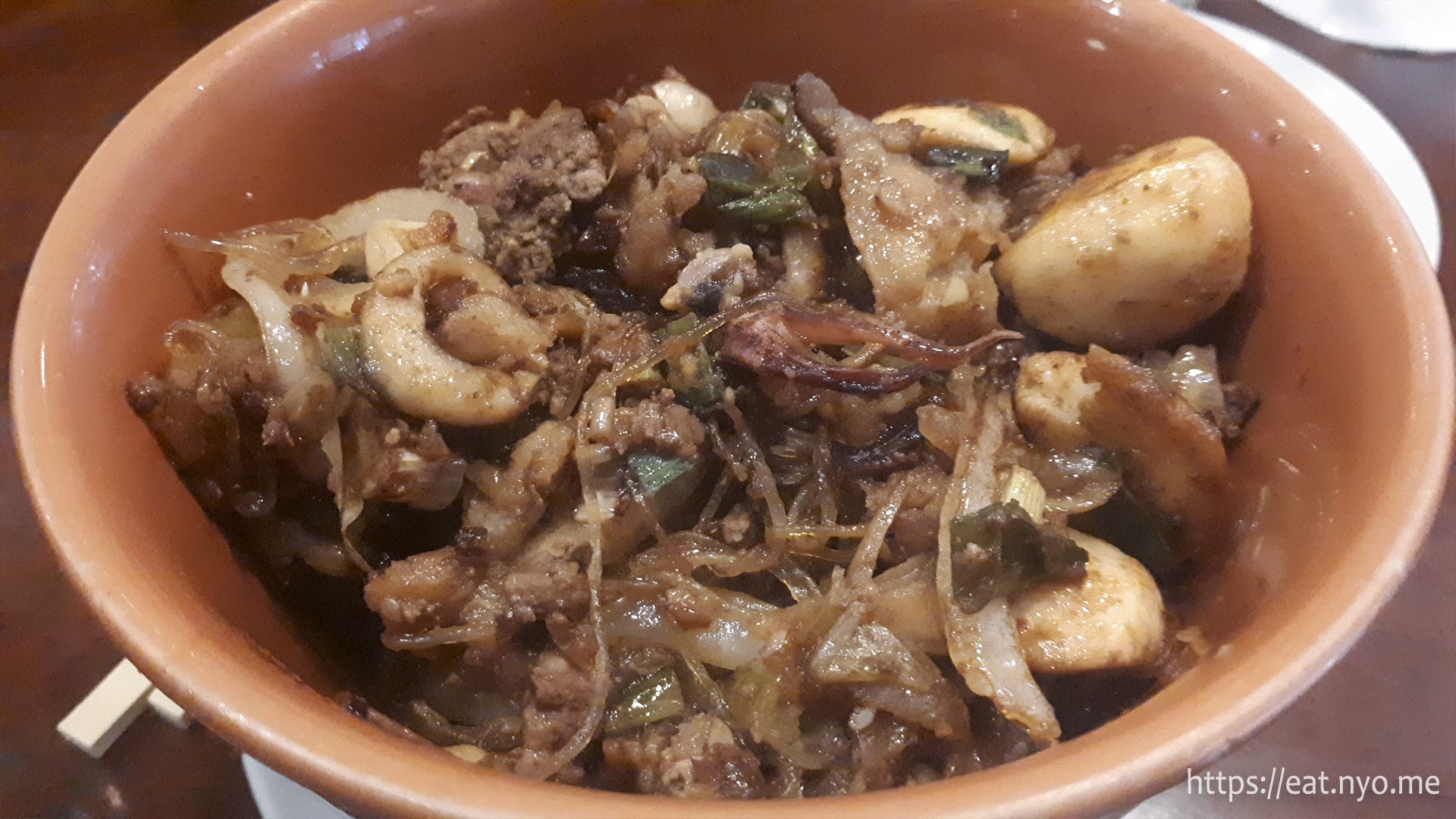 My limit is usually three bowls. Sometimes I can get to four, and when I push it, five. Beloved’s limit is two to three. Since we had dessert this night, we only hit our lower limit. You “break even” on two bowls since they do sell a single bowl (with limited protein) for 249 Php. 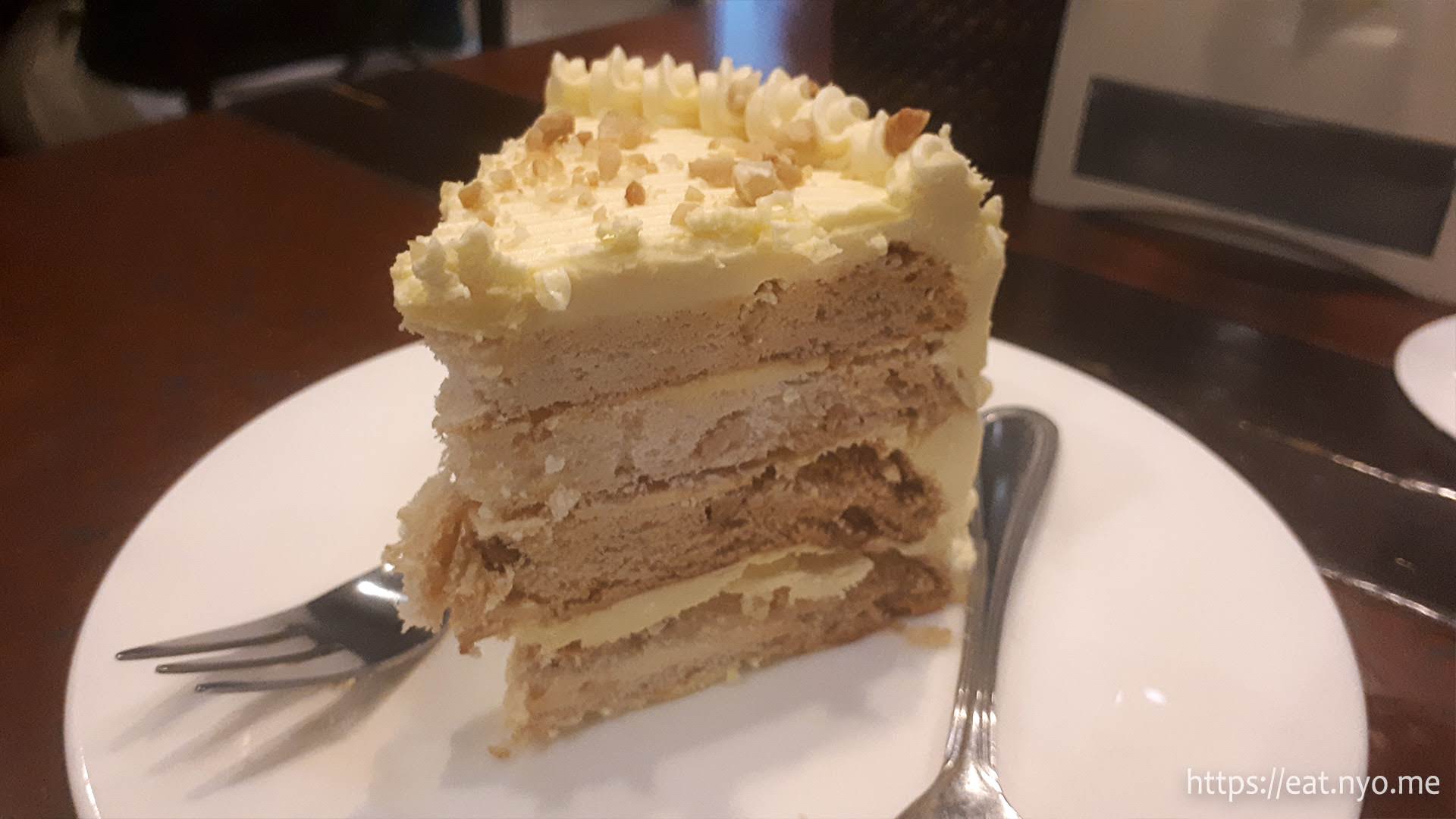 As far as I know, Sansrival is a Filipino cake named in faux-French to mean “No Rival”. I’d like to summarize it as sylvanas in cake form. This cake is essentially layers of the same crumbly, sticky meringue-based biscuits with icing in between. There’s a bit of nuts on top to add some nuttiness and crunch. 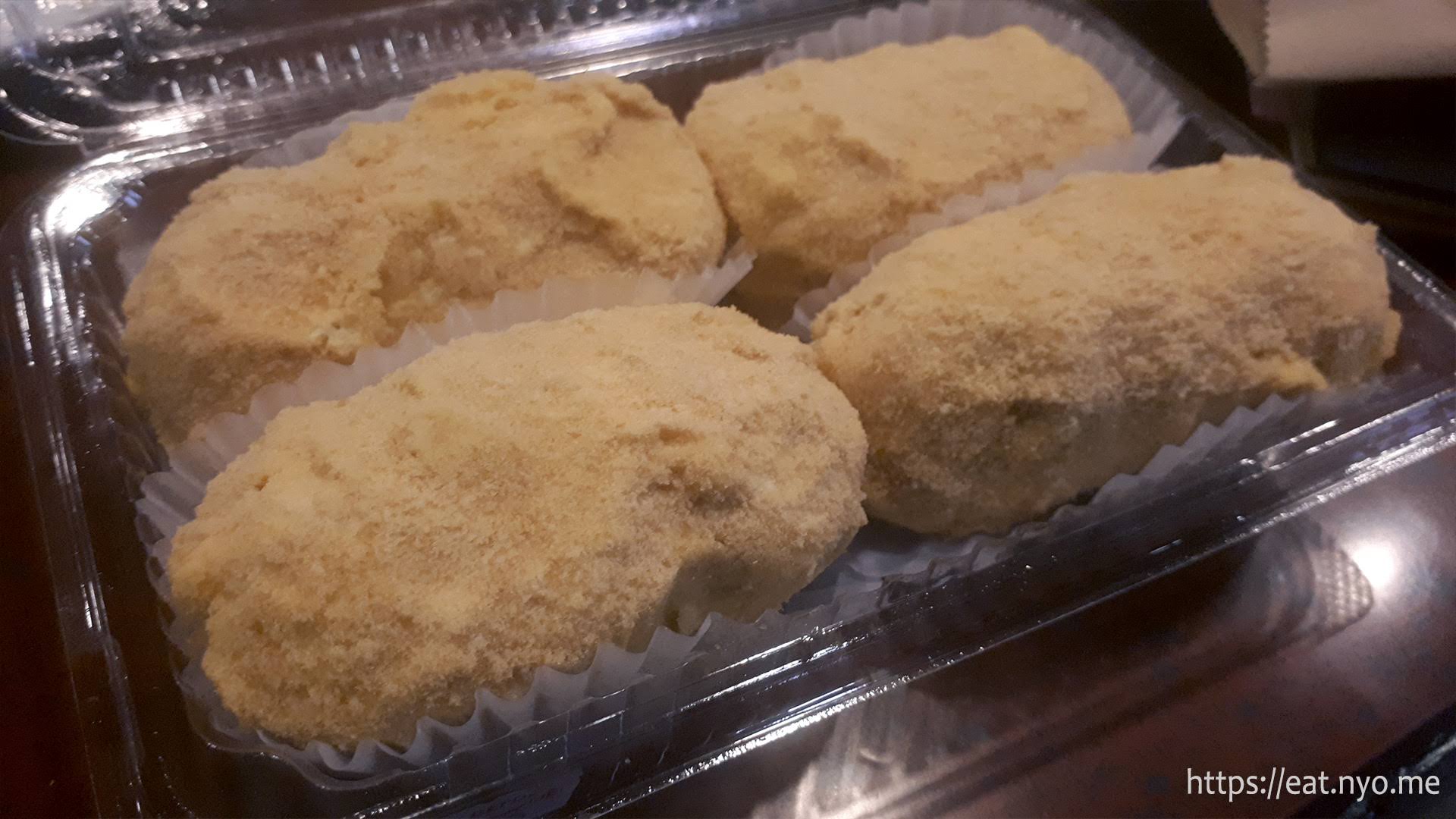 This was another good experience at Cafe Sweet Inspirations. Come to think of it, this is our go-to place when we’re very famished on a weekend and we have some money to spare. 800 Php is only slightly above average our usual dinner dates. We didn’t reach 1000 Php this night and we had dessert. I highly doubt that there’s a lot of locals who haven’t tried this place, but if this is your first time hearing of it, I urge you to try out Cafe Sweet Inspirations.

Not recommended for: Not-so-hungry folk.

Smart nomnomnom tip: Rice or the rice noodles are required to mop up the sauces you put in, unfortunately.