Beloved and I had breakfast at Saint’s Alp Teahouse a couple of nights ago. Yes, you read that right—we woke up near dinnertime and had our first meal at Beloved’s new favorite street. Found at the same building of BonChon Chicken and Moshi Moshi, this food place is the only one we’ve yet to try in Regis Center.

Being a Teahouse, you can expect this to be one of two things: a Chinese restaurant or a following-the-fad drink-specializing food place. This falls to the latter. Three-quarters of their menu is filled with soft drinks that isn’t soda or juice. They have varieties of teas, coffees, milkshakes, yogurts, et cetera. They do have a small portion of rice meals, half of which are breakfast meals, and a bit larger selection of snacks. Adding these two, though, is still dwarfed by their selection of drinks.

Anyway, since it’s their specialty, Beloved got their Matcha Aulait with Matcha Agar (140 Php) and I got their Strawberry Milkshake (125 Php). Because, as I’ve mentioned, this was our breakfast, I also ordered their Beef Tapa (195 Php) and Beloved got their Honey Glazed Coffee Spare Ribs (195 Php). Finally, we got their Chicken Skin Chips (90 Php) just because. 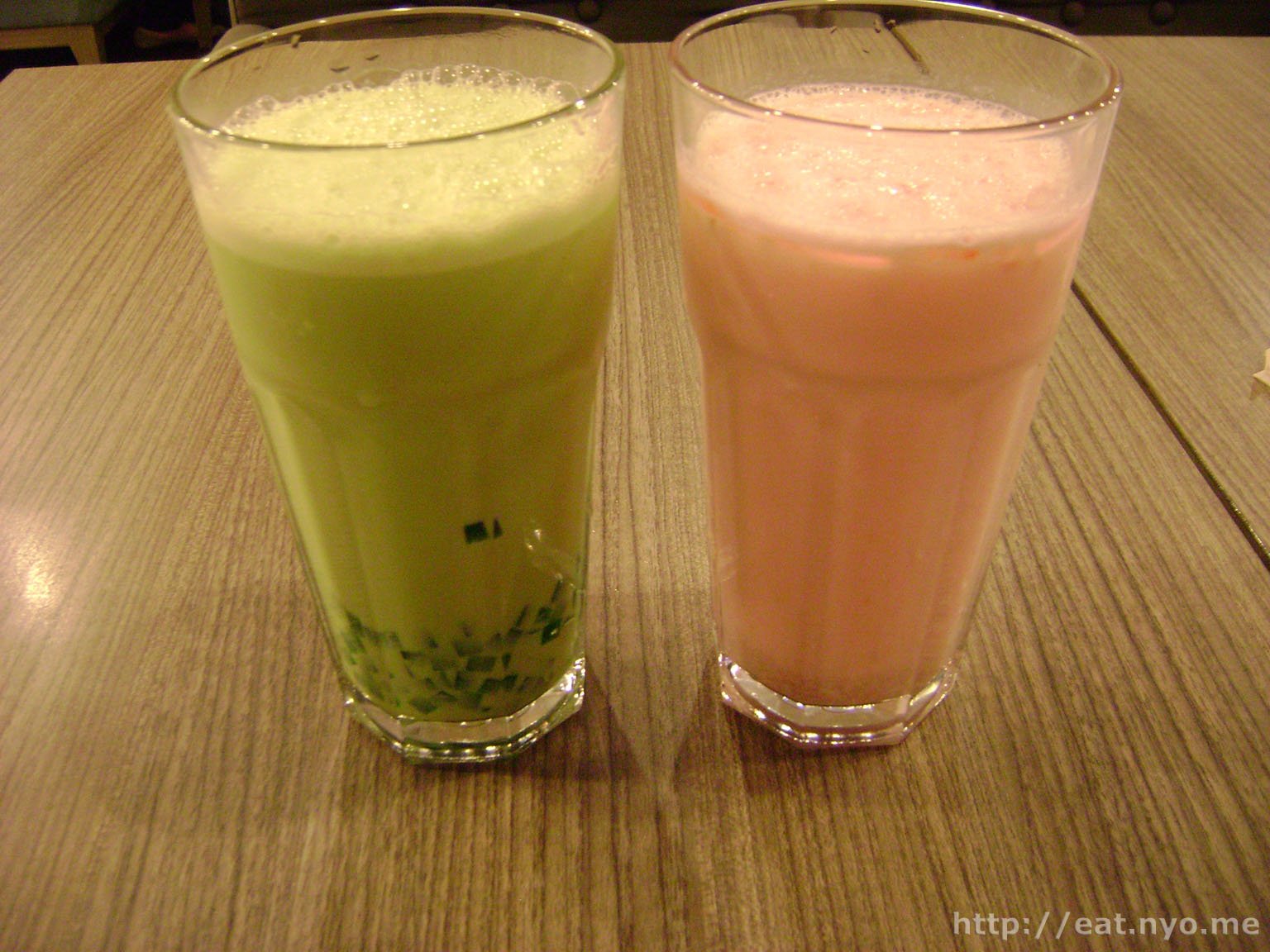 Our drinks arrived in huge glasses. Beloved’s Matcha Aulait with Matcha Agar on the left was essentially a matcha (Japanese green tea) flavored shake with matcha jelly. It was pretty good—just the right amount of sweet and bitter. My Strawberry Milkshake was as advertised, using not too sour, not too sweet strawberries. What’s special was it had corn flakes in it. This gave it a strange but surprisingly delectable touch. 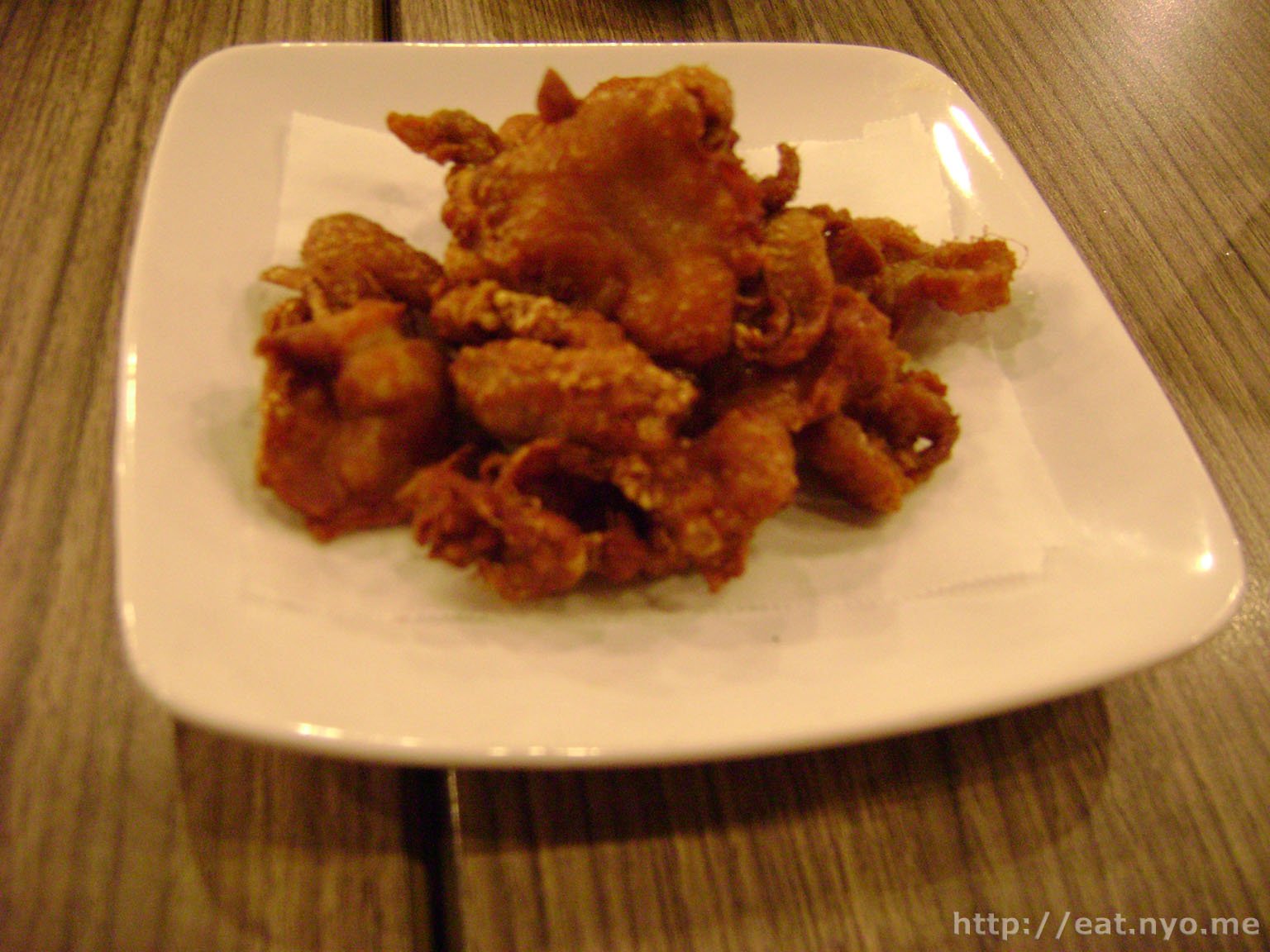 The next to arrive was their Chicken Skin Chips. Being my favorite part of chicken, I have little complaints. I did think it wasn’t as crispy as I would’ve liked, but they never advertised it to be crispy. I also noticed that it had a bit of meat along with the skin. 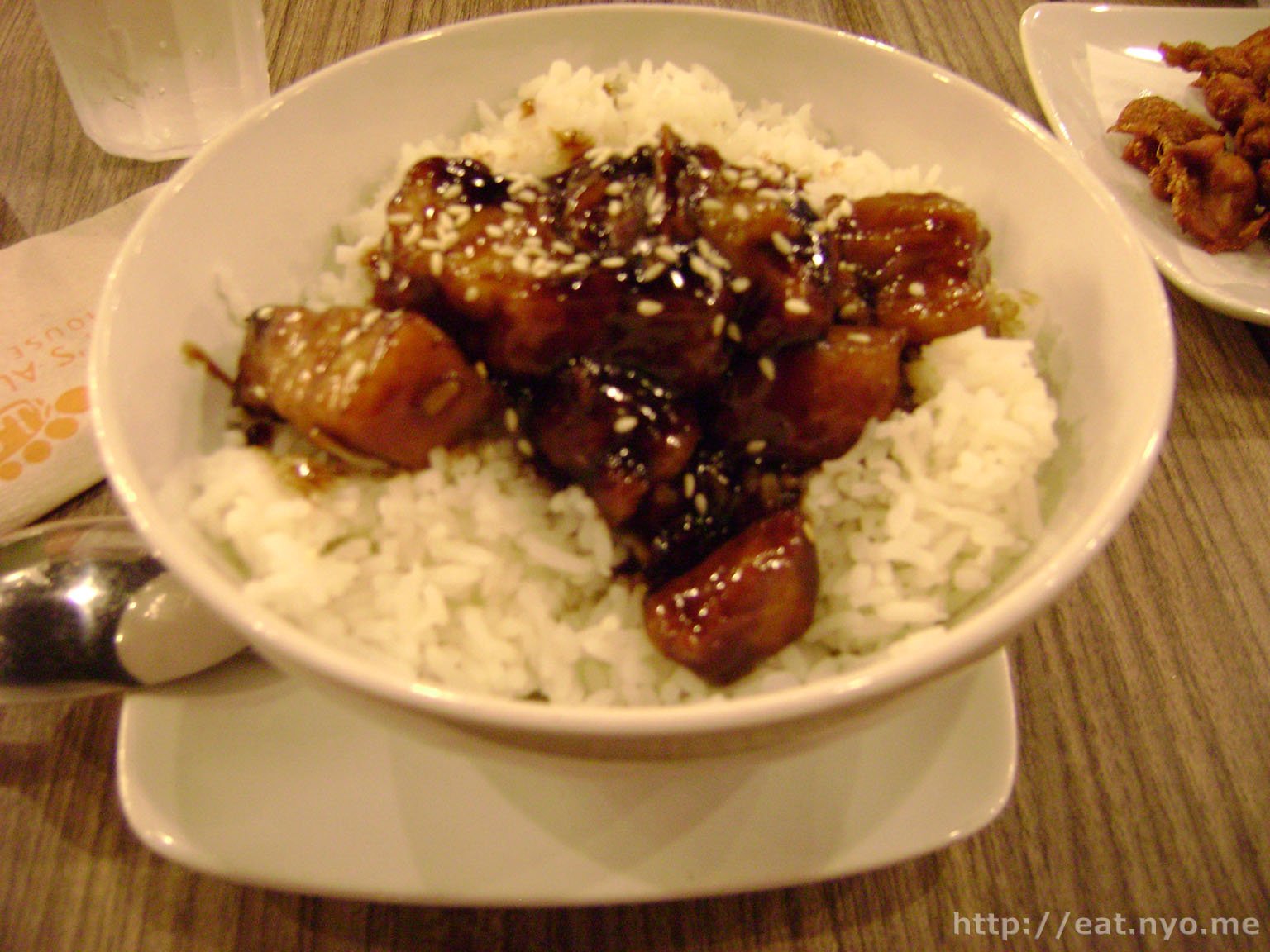 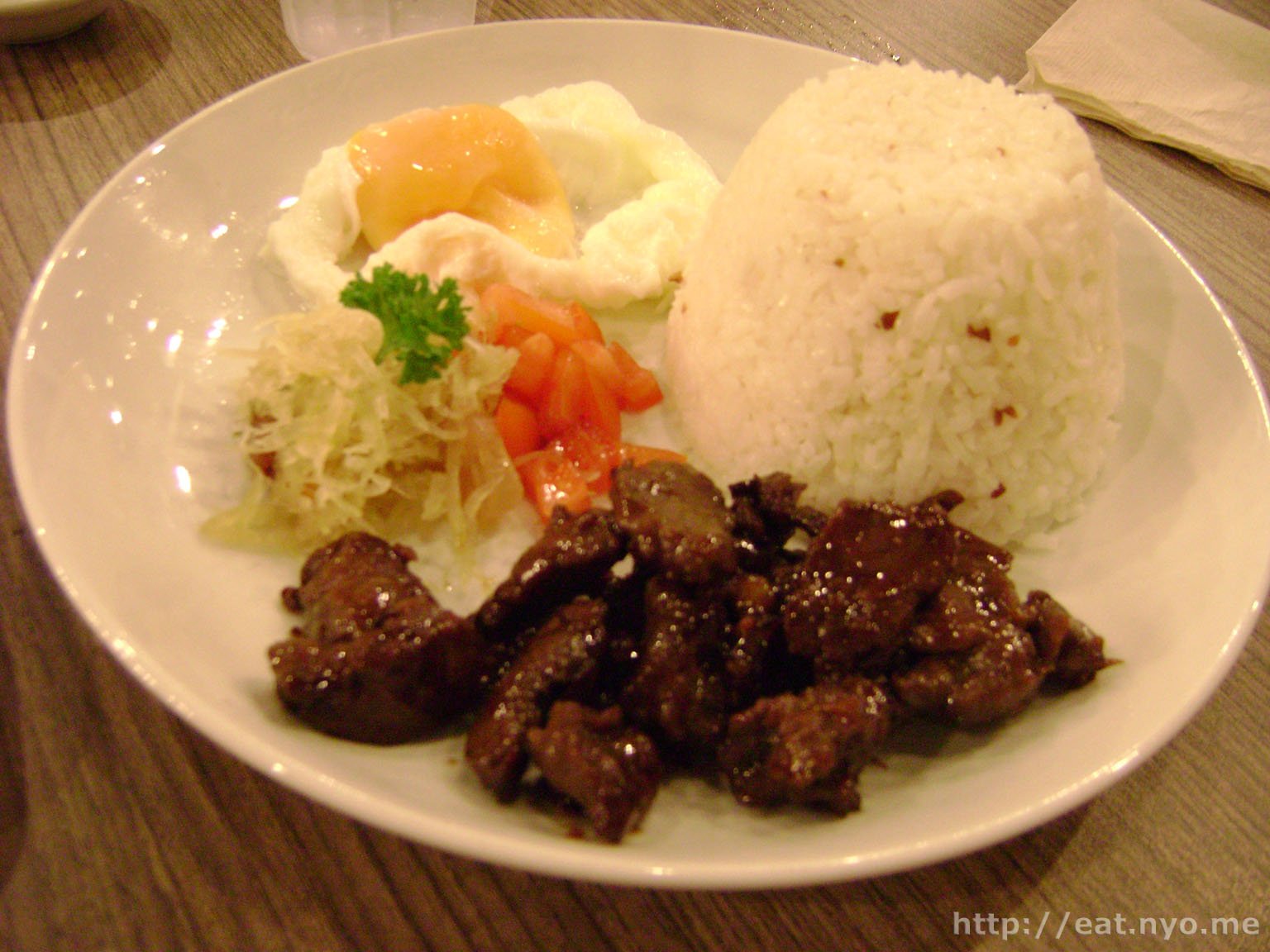 Finally, there’s my Beef Tapa. Essentially a complete Filipino breakfast, this plate has a generous amount of salty, cured beef, a beautifully poached egg, tomatoes and achara, and a huge cup of garlic rice. They are all very good individually, but I would like to commend the poached egg for not only looking good, with a beautiful bright yolk, but also tasting as good as it looked.

Overall, it was not bad. On the taste scale, it was above average. Value-wise, it was below average. If you’re going here, it’s probably for the drinks. And I must admit that the drinks were pretty good. Oh, and the egg. Yes, this is one of the best poached eggs I’ve had. If you like a breakfast at night, Saint’s Alp Teahouse is certainly not a bad choice.

Not recommended for: Thrift.

Smart nomnomnom tip: You go here for the drinks.